Of all the UK’s shutter companies, ShuttersUp truly believe we care more than anyone about helping you achieve the ideal look for your home. We’re dedicated shutter experts with over a decade’s experience of designing, supplying and installing high-quality bespoke plantation shutters.

Our philosophy is that there is the perfect shutter for every project – a combination of the room, the purpose, your personal tastes and your budget. Our job is to help you find the shutters that are made for you.

Care and craft have been at the heart of ShuttersUp since we installed our first shutters in 2006. Our founder-directors, Ross and Ashley, have built the company to give every customer the best of our expertise and take pride in a job brilliantly done. 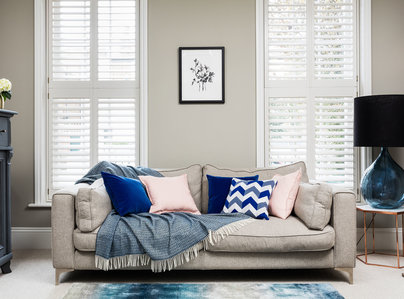