If your plumber is unable to find the leak in your property and your insurance company is not being helpful, we are the company for you.

Leak Tracers Direct is a specialist company which can assist in finding leaks in all kinds of properties and on all kinds of systems especially where the location of the leak is not obvious or "hidden".

Our leak detection specialists will use cutting edge technology such as Thermal Imaging, Endoscope cameras, Gas Tracing and Acoustic Microscopes to trace your leak without the need for destructive investigation.

If subsequently invasice access is required (eg if your leak is under your floor) we can undertake intrusive access with mimimal damage to your home.

If you have buildings insurance, our FCA approved insurance claims service provider can negotiate and get all reinstatement costs approved for you and also get their builders to carry out all repairs at no cost to you.

They will also recover all your leak detection and instrusive access costs for you. 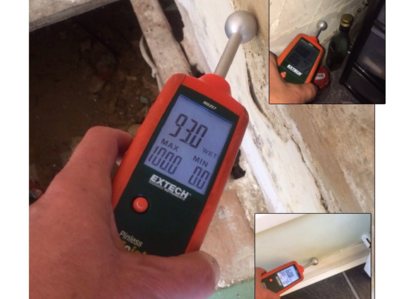