Which? Trusted Traders assesses the services provided by companies who have applied to our scheme. Only certain aspects of the company are endorsed. The "Approved Service" ribbon logo shows you exactly which services they have been endorsed for, Independent Network have been endorsed for their installer network services. For more information please contact us here at W?TT or ask Independent Network direct.

Andrew Wright manufacture and fit a huge range of double and triple glazed uPVC tilt and turn windows, reversible windows, sliding sash windows and casement windows. To suit your home, we offer a variety of styles and colours.We are based in Ayrshire and have over 80 years' experience. We always aim for 100% customer satisfaction and all staff are well trained in customer service. Visit our showroom on South Newmoor Industrial Estate to view the range of windows, doors and conservatories that we offer.

About Independent Network
Way back in 1996, when the double-glazing industry was in its infancy, a group of proud, hard-working installers, all using industry-leading VEKA products, came together to form Independent Network. An organisation that would let them prove their commitment to quality, craftsmanship and service that is second-to-none. 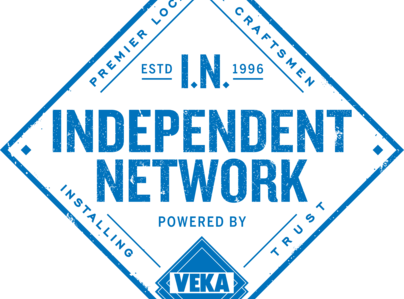