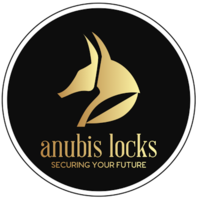 Anubis Locks is a Caerphilly and Cardiff based locksmith company that support the local area, Cardiff and operating along the M4 corridor and surrounding areas. We take your security seriously.

As an accredited member of the National Network of Approved Locksmiths (NNAL), we can be relied upon to conduct work responsibly, professionally and will not leave until you are happy with the work that we have undertaken on your behalf.

All locks that are fitted to your property, either residential or commercial premises, are British Standard and recognised by insurance companies around the UK.

Whether you require a lock change, repair, upgrade or security check, you can be comforted in the knowledge that all work will be undertaken in a professional manner with complete customer satisfaction.

We offer 15% discount to NHS staff as a thank you to the important work they conduct, and 10% to Blue Light card holders. 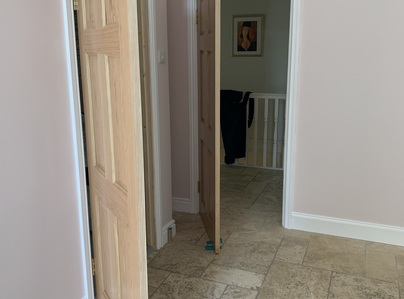 by 100% of customers
Sort by
Door repair
Customer Service
Quality
Value
Mr Harvey came the same day as called and was able to diagnose and fix the problem of not being able to deadlock my front door. He was polite and helpful.
Customer in Cardiff Posted on 24/06/2022 , work completed 21/06/2022
Recommended
Good afternoon. Many thanks for your positive feedback. I always respond as quickly ask I can as security is of paramount importance to anybody. It's is refreshing to conduct work for a repeat customer and gives us a safe knowledge that my work was good enough on the first visit to warrant a return visit to fix a different problem.
Precise mortice and tubular lock fitting & routing.
Customer Service
Quality
Value
Philip gave me a competitive price to rout two deep-set mortice locks and a tubular latch into an oak framed door. His work was careful and accurate using a combination of jig, drill, router and chisels. He took his time to make sure he did a good job as there was no room for error. I was very pleased with the finished result. He communicated well, was punctual and cleaned up afterwards. Thanks.
Customer in Newport Posted on 22/06/2022 , work completed 16/06/2022
Recommended
Repair to jammed mortice lock
Customer Service
Quality
Value
Finding I could not unlock my front door from the inside, despite trying on and off for several hours, I rang Anubis Locks at around three thirty pm and explained the matter to Philip Harvey, who said he could be with me after finishing the job he was working on. Within half an hour he rang to say he would be with me about fifteen minutes later, which he was. It took him about ten minutes to get the lock open. After removing the lock from the door, Philip dismantled it, pointing out what the cause of the problem had been, put it right and cleaned and lubricated the lock before reassembling it and fitting it to the door again. He explained what he was doing all the way through and charged a very reasonable amount for the work. I would thoroughly recommend him as a locksmith.
Customer in Cardiff Posted on 10/03/2022 , work completed 07/03/2022
Recommended
Door repair
Customer Service
Quality
Value
Mr Harvey came the same morning that I contacted him regarding a door which would not open and the key would not turn fully. He was able to open the door, find the faults and fit replacements to leave the door fully functional. He was polite, easy to deal with and Covid safe. A good job done well.
Customer in Cardiff Posted on 11/01/2022 , work completed 10/01/2022
Recommended
Excellent Service
Customer Service
Quality
Value
It was evening and I could not get access to my house as the front door lock was broken. I asked my daughter to find me a locksmith and she chose this company as it had excellent reviews. I was not disappointed. I rang Phillip who responded immediately and gave me a specific time when he would arrive. He arrived before time and talked me through what he was going to do to gain access to the house. After he had looked at the lock he explained what was wrong with it and how he proposed to fix it. Not the most expensive option. I was impressed with the calm way Phillip approached the task. He talked me through everything and was extremely patient and courteous. I have no hesitation in recommending this company.
Ann in Cardiff Posted on 22/07/2021 , work completed 20/07/2021
Recommended
Helpful, knowledgeable and a fair price
Customer Service
Quality
Value
Called out to a broken lock and arrived within an hour. Assessed the lock and gave options on fixing or replacing. Clearly outlined costs for work and call out charge. Would use again.
Customer in Cardiff Posted on 10/02/2021 , work completed 10/02/2021
Recommended
Excellent, punctual and knowledgable
Customer Service
Quality
Value
I highly recommend Phil. He is an expert at his craft, comes out quickly, and does the work to a high standard. I can rely on him to sort all my issues, even when I'm very far from my properties!
Customer in Greater London Posted on 22/09/2020 , work completed 18/09/2020
Recommended
Many thanks for your kind words. I always aim to give the best service I can and fully support the customer in whatever aspect is required. This is even more important when the customer is quite a distance away from their properties and rely on trusted and diligent trades people. It is always a pleasure to support in any way I can.
Lost door key, speedy and neat replacement
Customer Service
Quality
Value
Lost our old rear french door key, so doors were permanently shut. Phillip came out promptly, removed old lock and replaced with new inside of 35 minutes. No damage to glass, frame or ironmongery, exceptionally neat work! Was polite and explained everything, price was extremely competitive against much larger company pricings. Well worth a 5 star rating
Customer in Rhondda Cynon Taff Posted on 17/07/2020 , work completed 17/07/2020
Recommended
Great work, great service, speedy arrival.
Customer Service
Quality
Value
I had a disaster with my lock and within 30 minutes they were out to sort my door. They went above and beyond what was needed and the customer service was outstanding. More than happy to help out and would 100% recommend to family and friends. Cards and contact details will be passed on to all. Thank you again.
Customer in Caerphilly County Borough Posted on 04/12/2019 , work completed 03/12/2019
Recommended
Quick service, friendly and professional
Customer Service
Quality
Value
Absolutely great service from Anubis Locks. Philip came out the same day to fix our back door and fixed it quicker than I could offer a cup of tea! Philip was incredibly polite and friendly - would recommend for anyone who needs a bit of reassurance when letting work people into the house. Really professional and definitely the best around regarding cost! Highly recommended.
Customer in Caerphilly County Borough Posted on 15/05/2019 , work completed 21/02/2019
Recommended
Which? Trusted Traders