Appliance world is a family run business established over 45 years. We have decades of experience in the heating industry and provide a customer service second to none.

We are accredited Worcester Bosch installers which means you get the very best level of workman ship, the best customer service and the best guarantee package available anywhere in the UK with guarantee periods now up to 10 years from the date of installation. 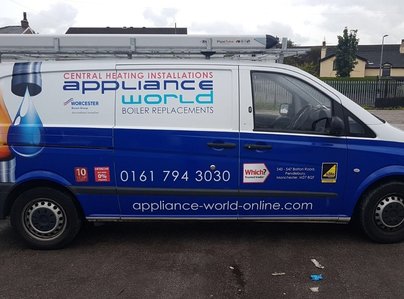