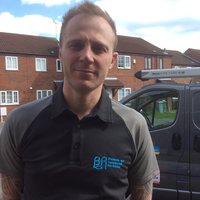 We started the business 5 years ago but have over 12 years in the electrical industry. Working for E ON providing power to thousdands of homes and now moving into the private sector.
We are an NICEIC Approved contractor
We started to provide good quality work at a fair price. We cover a wide range of electrical work from simple jobs like adding lights/sockets to full rewires and any other electrical work.
We cover the Domestic & Commercial sector. We currently work for the largest estate agents in Mansfield maintaining over 10000 domestic & commercial property's under our guidance. We operate to the latest standards to bring you piece of mind. Call for a friendly chat or advice. We will be happy to come to your property to give you a free no obligation quote. Had a better price?
If you can show the quote is by a registered & insured electrician we will do our best to beat there quote whilst still maintaining our high standards.
Visit our website www.electricalsolutionsmansfield.co.uk 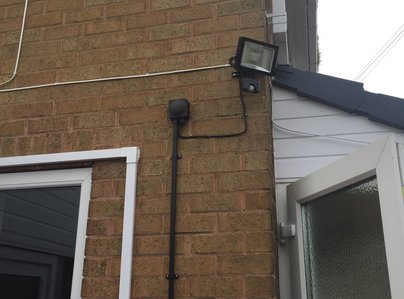 by 100% of customers
Sort by
disappointed
Customer Service
Quality
Value
B & R Electrics
Let me start with the problem. I had an issue when turning the light on in the bathroom; I lost power to my pc's peripherals. They came out and after 2 mins of "troubleshooting" (no testing, no measuring voltage) changed my light fitting telling me it's old and then charged me 80 pound in total. Few hours later the problem came back, I called them up again and was promised a new visit the next day. Got called the next day with a ridiculous reason that my hard drive is overheating causing the issue (pc's well maintained, running at 35C and anyone with more than 2 brain cells know the two have nothing to do with each other). Later on I thought if i disconnect the extracting fan in the bathroom it might help so I did and my problem was fixed. So I paid 80 quid to get treated like an idiot and change something that was working. Another thing is, if i were not asking for the invoice they would of just left so if i were to have a more serious problem I would't of been able to prove anything to anyone.
Alex89 Posted on 17/11/2017 , work completed 17/11/2017
Recommended
This is the first that B&R Electrics have been notified of this complaint. The invoice was sent first class and this would have been received at the most 2 days later; I sent a text message to the customer to ask for an e-mail address to send the invoice to but there was no response to us. We went across to the job within 15 minutes of the customer calling; he was advised on the telephone of the call out charge and how long this would cover on site. When the electricians got to site they were asked by the customer to change the bathroom light as he knew this was the problem. Our electrician then went to the supplier got a new light fitting and fitted this for the customer. This is an unfair and not inaccurate account of the events that took place last week. If any of our customers come to us with complaints which is very rare; they are dealt with and resolved.
Very professional service
Customer Service
Quality
Value
B & R Electrics
My experience was positive from start to finish. The tradesman was polite and courteous. The work as completed professionally and tidily. I would recommend this trader to my friends and family. Worked around my home environment with patience and respect.
Angela, Nottinghamshire Posted on 15/07/2015 , work completed 15/07/2015
Recommended
Used over 2 years
Customer Service
Quality
Value
B & R Electrics
Have been using B&R for over 2 years doing various electrical works including re wiring. Genuine trader, good reasonable pricing and kept to quote given, punctual, good communications.
Terry, Doncaster Posted on 07/07/2015 , work completed 07/07/2015
Recommended