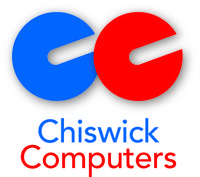 We provide a personal computer repair and support service for clients based within London. We specialise in looking after home users, small business users and corporate clients.

Our repair services cover tablets, laptops, desktops and All In Ones and we repair to motherboard level and offer a No Fix No Fee Service.

All our labour is guaranteed

We also provide I.T. Support services for home and business users. Whether you have a single machine, or a peer to peer network or a Microsoft Server our engineers are Microsoft trained to look after your needs.