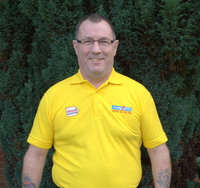 Double Glazing Company Can I TRUST?

We replace steamed up double-glazed units..only the glass! Yes, it’s that simple and with a 25-year guarantee.

We operate in one of the most competitive markets in the country, in order to combat this we have developed a service that enables the customer to make huge savings by only replacing the glass not the UPVC, wood, or aluminium frames. Where many window companies would require you to replace the entire frame or unit, our team of experts can simply replace the window pane. Not only is our method much quicker to complete but it’s also less invasive for your home and a much cheaper solution. We can replace windows of any shape and size, including coloured glass and unique window shapes. All we need are the right measurements so that we can ensure your new windows are a perfect fit. We guarantee that an average quote will take no longer than 20 mins, with little or no disruption to your home. Our engineers can also replace broken locks, handles, seals and hinges.