Contac Tiling was started many years ago by Paul Huggett and is an established family run business specialising in domestic wall & floor tiling mainly in Kent & the surrounding areas.

All preparation work would be undertaken when required, which could include, removal of existing tiles, floor levelling and also fitting electric underfloor heating.

Our objective is to offer a quality, professional high standard of workmanship. We pride ourselves on being trustworthy and reliable and many of our customers have returned for further work based on that reputation.

Should your job require other specialist work, we have a reliable bank of contacts, with an equal reputation to call upon.

Our aim is to provide our customers with the very best service. 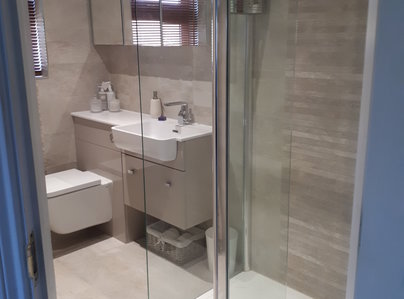