Eazy2move is a Removals andMan And Van London Service ran by Stefan offer a comprehensive packing and removal service – our removal company london service is fully insured. Not all man and van london removal companies are the same – we really care about you and all your possessions. Whether you are moving locally, to another town, or even to a different country you will benefit from our personal, professional services and our total commitment. No load is too small – every day we do store pick ups for our clients.
We go to great lengths to ensure our packing and moving staff are trained to use the most efficient packing and moving methods to maximize the protection of all your goods. We think we are the best removal company london has to offer and we guarantee that you will get an extremely competitive price tailored to suit your exact requirements. 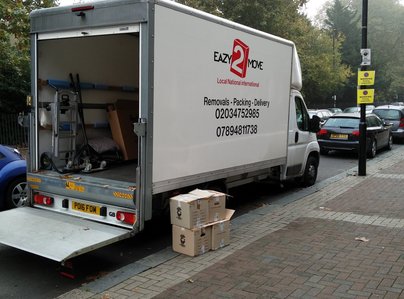