We have just won Heatpump and solar PV installers of the year and with our office in the heart of the Midlands. Our team at Nottingham Energy Centre is passionate about providing energy-efficient solutions. We offer the best customer service and value for money to both commercial and domestic customers. Delivering high-quality heating, renewable energy services, smart technology, and energy consultancy. Our experts are on hand to provide objective advice, guidance, installation, and maintenance for all energy saving needs.

We offer 25-year guarantees and Ten-year insurance backed guarantees with HIES and are accredited and regulated by the Financial conduct authority as we can offer low-interest finance options.

If you would like to discuss any of the services we supply or would like to find out more about some of the products we install, please view our website https://www.nottinghamenergycentre.co.uk 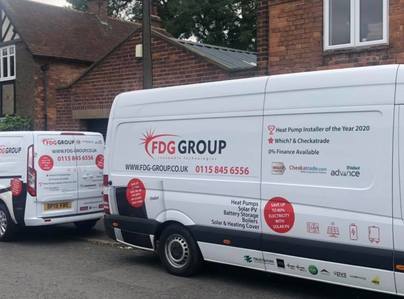