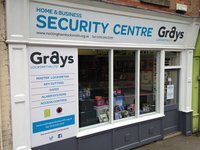 Keeping Nottingham Secure Since 1987
Grays Locksmiths has been a trusted provider of security and locksmith services in Nottingham since 1987.

​We have some of the very best engineers in the region and a combined experience of almost 100 years. Whether you’re looking to secure your home or your business, our highly-skilled Nottingham locksmiths can take care of all of your security needs.

Call into our Nottingham retail shop for some free security advice from our certified, professional experts. We offer a high quality key cutting service and stock a huge range of security products. Whether you’re looking for a spare key for your home or business, the latest in locking products, ironmongery, safes, or a more sophisticated system for your high security needs, Grays Locksmiths Nottingham have all you need to make you feel safe and secure.

A rapid response for all your lock emergencies 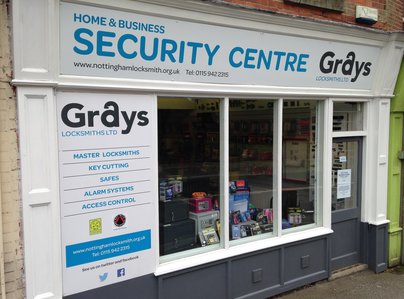