Home Counties Loft Ladders started in 2016. We have installed loft packages in many local homes, much of our work coming from referrals from our own happy customers.

We come to your home and carry out a free survey to provide you with a no obligation quote. We understand what you wish to use your loft space for and will recommend to you the most suitable and cost effective solution. After that its up to you – no hassle from us.

All our work is fully guaranteed for both workmanship and materials, whilst we are in your home we treat it with total respect – laying down protective sheets on your carpets and furniture, putting covers on our shoes and cleaning up before we leave. We’ll leave your home clean, tidy and dust free – just with loads of easily accessible extra storage space! 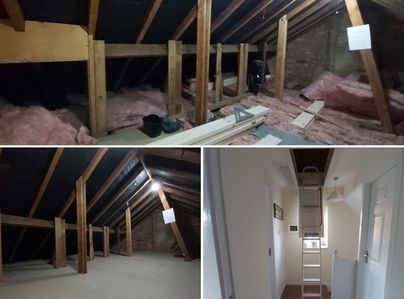