J & S Autos are an independent car and light commercial servicing and mechanical repair garage based near Glasgow Quay area on the south side of Glasgow. Proprietor Iain Lambert has over 30 years trade experience. Due to the quality workmanship Iain’s customers come from far and wide, including Glasgow, Paisley, East Renfrewshire and Lanarkshire areas.

Our skilled team deals with all aspects of:
• Servicing and repairs to all makes and models of car and light
commercial vehicles
• MOT preparation
• Engine management fault finding and diagnostics
• Tyres and exhausts
• Air conditioning servicing

Our rates are very competitive and we provide a reliable service.
Call J & S Autos today for further information, advice and bookings. 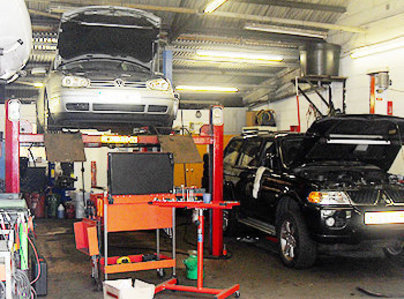 by 86% of customers
Sort by
Excellent Garage
Customer Service
Quality
Value
I first used this garage based on a recommendation years ago and I've not gone anywhere else since. My car's services, MOT's and repairs have all been done by Ian and he's proven to be reliable, trustworthy and a great mechanic! The customer service goes above and beyond and I'd have no hesitation recommending this garage to anyone.
Morag M Posted on 22/09/2018 , work completed 22/09/2018
Recommended
Excellent Service
Customer Service
Quality
Value
Always found Ian's work to be to a very high standard. Very reliable and excellent value for money. I have never had any problems arising from his work on my cars over the years. I will always use his services and I wouldn't hesitate to recommend his services to others.
Alistair Young Posted on 29/08/2018 , work completed 29/08/2018
Recommended
Disappointment.
Customer Service
Quality
Value
Based on Which? endorsement, I phoned this garage to ask if I could bring my car round to have the power socket looked at, was advised I could bring it in the afternoon. Once there in afternoon, I was told I'll need to leave my car there as it was close to lunchtime. I stated that I could not leave the car. Then, I was advised to bring it in at 3pm. I took it there again at 3, only to be told again that I'll have to leave the car there. I mentioned again that I could not leave the car there. Was told "I don't do things like this with people looking over my shoulder!" Fair enough, but if I had been advised of that in the first instance it would have saved me journeys.
Ghulam Qadir Posted on 15/06/2018 , work completed 15/06/2018
Can't fault them at all
Customer Service
Quality
Value
I've been using Ian for over ten years because the quality of workmanship and service is beyond excellent. He regularly services my car, carries out MOTs and other odd jobs. Everything is always brilliant, he was originally recommended to me by a neighbour, and I have recommended him countless times since. He is the one to go to for any last minute emergencies, very accomodating and flexible and I really can't fault him at all. His pricing is competitive and he is very reliable, I wouldn't use anyone else.
June, Glasgow Posted on 20/06/2016 , work completed 20/06/2016
Recommended
Believe in the man completely!
Customer Service
Quality
Value
Lost all faith in my old garage and then i found Ian! I have a very old Corsa and he's done everything under the sun to keep it running for me. He is a phenominally skilled man, and i believe in him completely! He is very affordable and i trust him completely. I recommend him to people all the time!
Grace, Glasgow Posted on 15/06/2016 , work completed 15/06/2016
Recommended
Perfect trader
Customer Service
Quality
Value
Ian has been fixing my cars for a very long time! I'm so happy with the service he provides, he is professional, approachable, trusting and knowledgeable. He goes out of his way to do a perfect job so I recommend him to everyone. I've never had any problems, I get real peace of mind that the quality of the work is always completed to a top standard, Overall Ian is a very honest, loyal and fantastic trader.
Lynn, Glasgow Posted on 12/05/2016 , work completed 12/05/2016
Recommended
Fantastic
Customer Service
Quality
Value
I'm very happy with the service I receive from Ian, which is why I've been going to him for more than twenty five years! He is a local tradesman, who sorts all my repair work and MOTs for my car. I've never had any complaints, and recommend him most definitely. He is really friendly, professional, knowledageble, and always very very helpful.
Andy, Glasgow Posted on 11/03/2016 , work completed 11/03/2016
Recommended
Which? Trusted Traders