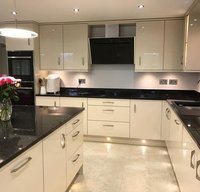 We are a family business with over 28 years experience.

We focus on Customer Service, quality and sensible prices. We will work with you to achieve the kitchen of your dreams.

Our showroom in Kidderminster offers a flavour of the design possibilities and our friendly, knowledgeable staff can assist you with your choices of furniture, worktops, appliances etc.

The furniture we produce for you can be made to any size and our cabinets are rigid, glued and dowelled (not assembled flat packs), made to last 25 years+. All doors and drawers are soft close with hinges and runners and doors come with a 10 year guarantee.

We offer a no obligation survey, design and quotation service, ensuring the best possible solution for your requirements and budget. We will be honest and professional, no gimmicks and no hidden costs.

We look forward to helping you with your projects and welcome the opportunity of having you as a Kitchen Gallery Client.

OUR SHOWROOM IS OPEN BY APPOINTMENT
COVID 19 PRECAUTIONS TAKEN 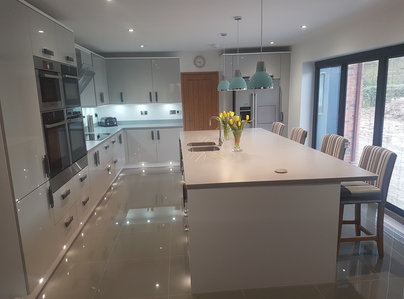