We are a friendly, London based, bespoke fitted furniture company who design and build according to your specifications. Our service is personal and involves you at each step of planning and design.

We create both contemporary and traditional looks and we work with MDF, real wood veneers, melamine and pine. Please do take a look at our other information pages and the pictures of our work, to get the idea of our various looks and how we operate. 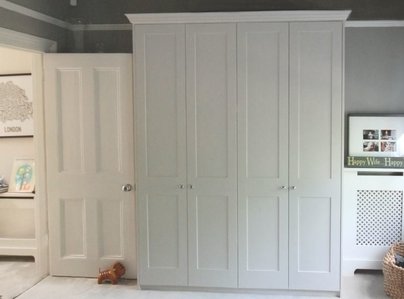