We look forward to your visit. 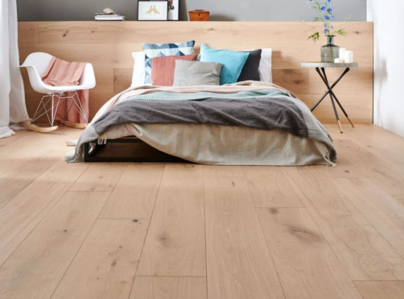 by 33% of customers
Sort by
Dreadful company, unprofessional from start to finish
Customer Service
Quality
Value
Mis-measured then repeatedly denied responsibility when questioned on this and said I'd "changed the measurements" which was simply not true. Exceptionally rude, no customer service, misled me on cost, didn't provide the lino for the area I had explained in person to the person measuring up, reordered the missing piece but even managed to get that wrong then wouldn't refund for the missing area. I rarely complain and always commend great service but these guys were literally dire. The "owner " himself was the rudest of all and clearly has no conscience and cares nothing about his reputation seemingly unable to manage his business without his manager who was away. The poor fitter who was very stressed and having to work alone when it's a 2 man job and told me how much he was fed up with dealing with mistake after mistake. When paying over £500 for a few square meters of bathroom vinyl to be fitted you would this would be a small hassle-free job but apparently not to Melbourn Flooring. Far better to just own up to their errors then make it right or at least refund for what was not provided (which incidentally they have still not done ) & not to lie about the truth then hide behind their secretary. Really poor show on all counts resulting in £1000s in lost business and the more people I speak to, the more I hear of people saying the same. Would highly recommend not paying upfront until you have seen the quality of the product and to check they deliver what you have paid for.
Customer in Cambridgeshire Posted on 16/09/2021 , work completed 01/09/2021
We are sorry that you felt the need to publish this review, we understand you are dealing with a stressful house refurbishment, but cannot accept your comments without a response. We will keep this short and to the point without going into unnecessary comments regarding your unwillingness to portray the situation correctly. We supplied and fitted the flooring as measured, quoted and ordered. We ordered free of charge vinyl for the additional area you required, unfortunately, our supplier delivered this incorrectly, we re-ordered and would have been able to fit within 2 days of original fitting. You suggest you required a refund, we fitted the vinyl as measured, quoted and ordered, therefore a refund is not applicable. Regarding payment we ask for 50% deposit with order, the 50% balance is due on completion of work. We do not ask for full payment before the completion of work. The fitter who visited your property was not stressed or overworked as you claim. Our fitters work alone on small jobs such as yours. This fitter has been with our company for a number of years, we have spoken to him and he cannot understand how you came to this conclusion. Your comments regarding the owner of the company, did you stop to think that the way you conducted yourself during the conversation may have some bearing on his reply? We have been trading for the past 40 years and feel this in itself proves our commitment to customer service.
Excellent customer service
Customer Service
Quality
Value
I wanted to let you all know how pleased we have been with the excellent customer service from everyone there, at every stage. You are all lovely. Oh! and we are very pleased with our new floors too.
Customer in Cambridgeshire Posted on 22/01/2020 , work completed 17/01/2020
Recommended
Let down by the finish
Customer Service
Quality
Value
My remit to Melbourn flooring was to supply and lay a solid wood floor in my hallway to exactly match the one they had laid in my lounge some years ago. It was a nice solid oak and laid very well. The only major problem was that no attempt was made to match the colour. I now have two different looking floors. Exactly what I did not want. Despite requests, no offer by Melbourn Flooring manager to try to rectify or even view the mismatched finish. I cannot express my extreme disappointment.
Customer in Cambridgeshire Posted on 12/12/2019 , work completed 30/11/2019
Thank you for your comments and settling your account in full. We are pleased that you are happy with the product and fitting of your wood floor. Regarding the colour as we have explained to you, your original flooring was fitted approximately 9 years ago and has mellowed over time. The finish of your original floor was a clear matt lacquer. The new floor has also been treated with a clear matt lacquer. As explained if we had coloured the floor to match the original you would have then had a problem with variation in colour once the new floor had mellowed. We hope having explained the process again clears this up. Melbourn Flooring.
Which? Trusted Traders