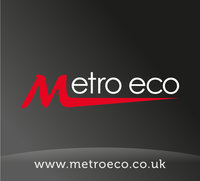 Metro eco, based in West Yorkshire, is an award winning business with an enviable reputation in the plumbing, heating and electrical trades.

As a Worcester Bosch Accredited Partner we have been providing an outstanding service to the people of Yorkshire for over half a century but don’t take our word for it, read our Testimonials.

We are highly qualified to work in the domestic, industrial and commercial sectors of both the gas and electrical trades. All our staff are employed directly by us and hold qualifications in their specific field, ensuring a quality job and peace of mind from start to finish.