MHL are a team of award winning boiler, gas and heating experts, specialising in the service, repair and installation of gas and oil appliances, along with general maintenance to heating systems and controls.

We are registered with Gas Safe and OFTEC to domestic and comercial level helping us provide solutions, however large or small your requirements are. Our expert engineers are trained to the highest level, up-to-date with the latest technology and supported by a friendly and knowledgeable office team who are ready to answer your call.

Proudly recommended by the consumer group Which? and with a long list of professional accreditations. MHL provide a complete gas and oil maintenance package, and with high levels of customer service, fast reaction times and affordable rates, you won't need to go anywhere else. If you require a competitive, no obligation quotation then just contact the team...we are here to help. 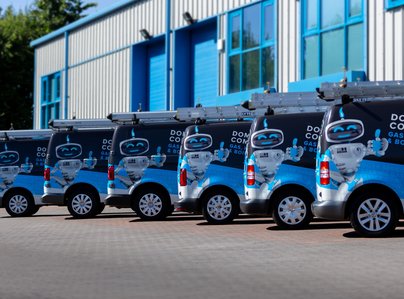 by 96% of customers
Sort by
Excellent work
Customer Service
Quality
Value
MHL
Pete Batstone did a brilliant job for us; it was complicated and required a lot of problem solving and creative thinking. We have never had a better heating engineer, anywhere, ever. He was very solicitous in follow up.
Customer in Oxfordshire13/02/2020
Recommended
Boiler installation and maintenance
Customer Service
Quality
Value
MHL
MHL installed a new combi boiler in January 2016 and they've performed the annual service each year since.
Geoffrey in Oxfordshire08/11/2019
Recommended
Very positive experience all round.
Customer Service
Quality
Value
MHL
A simple boiler service was achieved through use of their mobile app to easily pick a date and time convenient to me. Immediate text confirmation of appointment and on the day another text confirming arrival time. Friendly and competent technician. When it came to payment, the card machine couldn't get a mobile signal so solved quickly through payment via their website, ie no waiting for invoice and paying via sort code, etc. Modern tech made this service so easy for me. I will most certainly be using this company again.
Murray, Oxfordshire03/09/2019
Recommended
Replacement boiler
Customer Service
Quality
Value
MHL
I had thought getting a replacement boiler would be a real hassle, but far from it. A phone call and an e-mail with a couple of photos got me a same-day quote and within the week the new boiler was fitted; efficient, friendly, fuss-free. Brilliant.
Customer in Oxfordshire03/08/2019
Recommended
Exceptional
Customer Service
Quality
Value
MHL
Exceptional customer service, actually the best company we've ever used, congratulations to the owners and staff. We have a Worcester combi Boiler and desperately needed repair as we had no hot water. After trying to find someone local most companies communication was appalling so we was relieved when we found Morehouse heating, who travelled from Oxford to Dunstable to repair. They came out within 24hrs we also had regular updates as an ETA and when Jake arrived his friendly manner and knowledge was superb, one hour later we are up and running. We Highly Recommend This company, and the call out charge and workmanship was extremely well priced, especially for the level of service we received.
Nigel 31/07/2019
Recommended
Very Quick Response
Customer Service
Quality
Value
MHL
My boiler went into lockout and I checked my oil level and it was ok. I noticed that the copper pipe had a hole in it, and was leaking oil, I called Moorhouse Heating who service my boiler, and it was fixed in under 3 hours from calling them. Great company
Terry Byron, Oxfordshire18/06/2019
Recommended
Really impressive
Customer Service
Quality
Value
MHL
Am so rarely moved to write reviews but this firm deserves a mention. Our Worcester Bosch combi boiler was 15 years old and leaked fairly regularly. I was quoted by three other companies to replace it. All produced much the same price for the same boiler (a Greenstar 30i), all said it would take two days to install (heating off overnight) and all said I would need to wait six weeks to two months for an appointment. Two weekends ago the boiler sprang another leak, a serious one this time, and I found Moorhouse via a Google search, hoping they could patch it up at short notice and also quote to replace it. They answered the phone on a Sunday and sent a bloke out next day to quote. The price was several hundred pounds cheaper than the others, they replaced the boiler within one day (and in Easter week) and he did a great, tidy job in six hours (not two days) with zero fuss, taking the old boiler and all rubbish with him. New boiler has a ten-year (ten year) parts and labour guarantee (this firm being a trusted Worcester installer) and has been working flawlessly thus far. Can’t rate them highly enough.
Customer in Oxfordshire24/04/2019
Recommended
Great communication and excellent service
Customer Service
Quality
Value
MHL
This was our first boiler service and first time using Moorhouse. It was very straight forward to make a booking and we were impressed with the automated email and text confirmation that was received promptly afterwards. The individual who came to complete the service gave us a call in the morning and then update later that day on his ETA, was extremely friendly and very tidy. Would highly recommend and good value
Customer in Gloucestershire11/03/2019
Recommended
Highly recommended
Customer Service
Quality
Value
MHL
Moorhouse have kept my old central heating boiler serviced and going well for several years now and when it finally gave up (over a weekend in mid-January) I was very glad I knew who to contact. Prompt diagnosis, helpful discussion, courteous attention throughout. The new boiler and new pump were fitted within the agreed day by skilful engineers, backed up by a well-organised and reliable firm.
Customer in Oxfordshire07/03/2019
Recommended
Prompt, professional, first rate
Customer Service
Quality
Value
MHL
We had a problem with our underfloor heating. They were the third company we contacted but the first who were willing to take on what was a small job in the height of winter. Engineer arrived on time and quickly identified the precise cause of the problem. It was repaired in minutes by replacing a motorised valve and he took the trouble of showing me how the old part had failed and also demonstrating the action of the new part. Very impressed indeed.
Customer in West Berkshire14/01/2019
Recommended