Our team of NICEIC registered contractors are not only capable of carrying out the testing but can also offer advice on any changes you may want to make to your current electrical system to avoid any potential major faults at a later date. So, not only do you have the comfort of knowing we are part of an official scheme that assesses the quality of work by its members but we also offer a 12 month guarantee on all works completed by us. If you want more information on our services or are looking for NICEIC registered contractors to complete electrical works call us now on 0800 085 9146 and one of our team will gladly discuss your needs 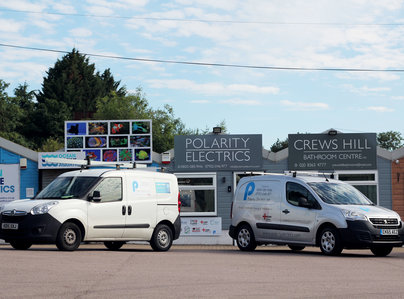 by 67% of customers
Sort by
Avoid at all costs
Customer Service
Quality
Value
Avoid. They draw you in with a low price for an EICR certificate then present you with a £199 bill for remedial work on a 8 year old flat. I have called twice asking for a proper breakdown of the work and am simply told "the price is the price." Now I have to go to another contractor to get the certificate done as they are clearly untrustworthy. They charge double the national average rate. Their pricing structure is completely opaque.
Customer in Greater Manchester Posted on 07/12/2020 , work completed 02/12/2020
Highly recommended!
Customer Service
Quality
Value
Thank you to Paul and his team for a speedy service, got the job done with no issues and nice friendly staff
leoni o Posted on 23/04/2018 , work completed 23/04/2018
Recommended
Appalling customer service
Customer Service
Quality
Value
We booked Polarity Electrics for an NICEIC test and certificate. Though the two electricians who turned up to do the job were polite and professional, communication and follow up with the company was appalling. The original booking was lost and I had to call up to find out when the electricians would be attending. Following the the test some remedial work was identified (removing an additional socket and fitting two plastic grommets for the fuse box). It took repeated phone calls to get the quote for this work, being given a different story for the delay each time I called. When the quote finally came through it was for £199 +VAT for the 30 minute job, when the original half day test work had been significantly less than this. When we emailed the company to ask for the quote be be reviewed we got no response, and when phoned I was told I would have it within the next working day, though this has yet to materialise. In the mean time we have found another contractor to do the work and a full test for the certificate at nearly half the price. Very poor customer service from Polarity, and apparently not very good value either, and won't be using again.
Heidi Hembry Posted on 19/02/2018 , work completed 19/02/2018
Recommended
Which? Trusted Traders