Our extensive range of materials and installation methods, plus a varied selection of colours, patterns and textures, mean we can create Garden Rooms, Driveways, Patios, Conservatories, Windows, Doors, and General Building work to suit any home and garden.

Our staff are friendly and professional, and all our work has up to a 10 year insurance backed guarantee.

We also have full public liability insurance for your peace of mind.

Please call us to discuss the work you want carried out to your home. 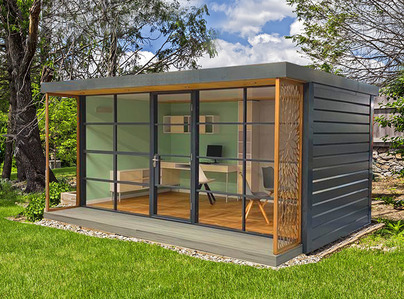 by 100% of customers
Sort by
After 6 months searching..Simply Amazing!
Customer Service
Quality
Value
After 6 months searching for a landscaper, Terry was a bolt out of the blue! Not only did I receive a written quote, but he also took the time, to establish my requirements, to complete the job. The quote, was very competitive, the time scale 2 days... I thought it might take longer.. and commencement, would be 2 to 4 weeks. 4 days after accepting his offer, I received a call asking if work could commence the following day. The team arrived, as scheduled, were very friendly and helpful, and completed the work within the timescale.. an issue did arise, but was resolved there and then. I was simply lost for words. The team worked so hard.. from a building site to a garden in 2 days.. Unbelievable! I would highly recommend Terry and his team, to anyone wishing to renovate/remodel their garden/property.
Stephen in Hertfordshire Posted on 11/10/2021 , work completed 08/10/2021
Recommended
Brilliant work; great value!
Customer Service
Quality
Value
Had a complete garden makeover done this year, and we are so pleased with the results. We really can’t fault the workmanship and attention to detail the team provided. Without exception, the workers were second to none and understood our plans perfectly. We would *highly* recommend this company, and would happily use them again for future projects!
Customer in Hertfordshire Posted on 25/08/2021 , work completed 20/04/2021
Recommended
Fence
Customer Service
Quality
Value
The team were very professional from the first meeting to the completion of the work. They went out of their way to protect an established plant and provide and fit the adding trellis needed to secure it. They were very conscious of all the existing plants in their way and cleared up after they had finished. I would highly recommend Professional Home Improvements (UK) Ltd to do a superb job
Karen in Hertfordshire Posted on 17/07/2021 , work completed 07/05/2021
Recommended
Great experience
Customer Service
Quality
Value
Professional home improvements are just that, professional. They came to put a door into our garage and the service was excellent. We originally wanted the work under the stairs, however, this turned out not to be possible due to building regulations, which the team checked for us before work started. The team was friendly and the job was done quickly. I would recommend them to anyone that is thinking of getting work done.
James in Central Bedfordshire Posted on 02/02/2021 , work completed 29/01/2021
Recommended
Excellent service and quality of work
Customer Service
Quality
Value
We had our block paving drive installed by Professional Home Improvements. We have are absolutely thrilled with the service and quality of work from design consultation with Terry and Stanley through to how tidy the team left our drive upon completion. The team arrived promptly and left the site safe and tidy at the end of each day. We were consulted throughout the installation and the team were proactive in suggesting solutions when design changes were necessary to make sure the the landscaping and drive met our requirements. Special thanks to Mick, Harry, Joe and Chris for your excellent work.
Customer in Hertfordshire Posted on 26/09/2020 , work completed 24/09/2020
Recommended
Great job
Customer Service
Quality
Value
Terry came round to quote on two new bathrooms and decorating work which came back quickly and was competitive. The Project Manager Tony got in touch and we agreed a schedule that fitted around us. There were several different trades that all worked seamlessly together and worked hard, all day with early starts. Great communication all round. I was so pleased I am having them in to do some more work for me. So now if you'll excuse me I'm going to relax in my lovely new bath :-)
Customer in Hertfordshire Posted on 22/07/2020 , work completed 07/07/2020
Recommended
The job was done to the satisfaction and very tidy had back door and front door all completed to great satisfaction would definitely use this company
Customer Service
Quality
Value
Brilliant workmanship was all done with expertise. Very friendly staff from start to finish. Very satisfied. Would definitely use again.
Customer in Hertfordshire Posted on 27/11/2019 , work completed 27/11/2019
Recommended
Quick, reliable and efficient
Customer Service
Quality
Value
I had my four front windows replaced in a late Victorian semi. Professional Home Improvements listened to what I wanted and came up with a sympathetic design. The windows were delivered on time and I was kept up to date at all stages of what was happening and when and who would be involved. The team arrived exactly when expected and worked solidly for about ten hours till the job was done and they had cleared everything up. The teamwork was excellent to watch and the guys were courteous and friendly and witty - we laughed a lot. The windows look great, are properly guaranteed with The CPA and signed off with the Council - and the price was good. They also fixed fence panels and made good a botched hearth, showing ingenuity and going the extra mile. This is the least stressful experience of having work done about the house I have had in a long time and I would recommend them unreservedly - they’re organising other bits of work for me and relieved me of having to search for related trades. Thanks to Terry Holland and all gigs guys!
Maev Posted on 09/09/2019 , work completed 09/09/2019
Recommended
Understanding workforce
Customer Service
Quality
Value
Throughout our project the work force were hardworking, fully competant and experienced from start to finish. We would highly recommend them from our experience.
Jonathon and Jane, Hertfordshire Posted on 16/05/2019 , work completed 16/05/2019
Recommended
Brilliant and professional
Customer Service
Quality
Value
We needed some work done on a bedroom. It was in need of major refurb and time was short. Terry and his team saw what we wanted and delivered with time to spare. He used top-notch quality materials and tidied up afterwards. Definitely will use again and recommend.
Bridget, Hertfordshire Posted on 04/06/2018 , work completed 04/06/2018
Recommended
Which? Trusted Traders