Matt Purdie & Sons are central Scotland's largest independent Removal & Storage Company . Offering Removal & Storage facilities to Domestic and Commercial customers throughout Glasgow, Edinburgh, Central Scotland, Nationwide and Worldwide. If our name sounds familiar it is probably because since 1960 we have been moving homes and businesses both large and small from one end of the UK to the other all with the quality of care, service and skill you would expect from a family run company. Your move is as important to us as it is to you which is why you can trust us to move your belongings from A to B without fuss knowing that your most precious possessions are in the care of experts. Contact us now to arrange a free no obligation quote. 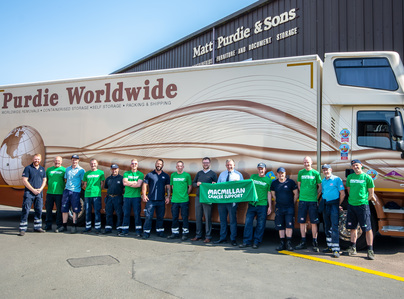