Pyramid Windows is based in Welwyn Garden City and has been established for 29 years. Mike Lammas, founder and company director of Pyramid windows welcomes you to our website.

Pyramid Windows are installers of made-to-measure double glazed windows, doors and conservatories at homes and businesses across Herts, Beds and Bucks as well as London and the Home Counties.

Contact us for your FREE No Obligation Quote today! 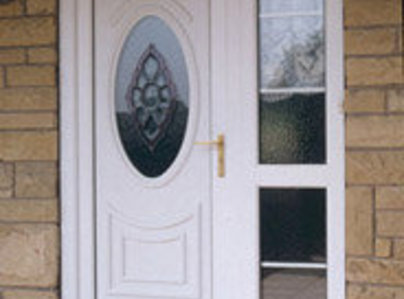 by 50% of customers
Sort by
3 windows
Customer Service
Quality
Value
Pyramid Windows
Recommended by neighbour. One large sash window and two others installed on days arranged. Tidy workers. Installation quality looks good. Installed an inaccessible window safely from inside so avoiding the need for scaffolding.
2011-05-02 14:44:20.337 Posted on 26/09/2018 , work completed 26/09/2018
Recommended
Unhappy customer, bad aftersales and workmanship
Customer Service
Quality
Value
Pyramid Windows
We had our windows installed in 2009, and at first we were very happy with them. After a while the internal trims above and at the sides of the windows started gaping. We called Mike Lammas and he came out and filled the gaps, but this didn't last long. Our neighbour had his windows replaced by Pyramid a couple of years later and I waited until the last day to speak to Mike about the gaping trims and disappearing mastic on the outside between the frame and the brick wall, but I felt he wasn't interested, as he muttered something and walked off! In February this year we were stripping off the wallpaper in our living room and found wet black mould under the wallpaper next to the window. A damp expert told me this was caused by a faulty seal on the outside, this being the mastic between the frame and brick wall which had completely disappeared. Mr Lammas came out and replaced the mastic, but didn't have a ladder so couldn't replace the disappearing mastic on the upstairs windows, but said he would come back another day to do this, we are still waiting and it is now the end of October! I also told him that we have a problem with a couple of windows that need adjusting as they do not close tightly and are draughty, also I told him that a window upstairs is draughty due to the internal trims having a large gap on one side and where it meets, or rather doesn't meet the windowsill. FENSA have told me that all windows should be fitted and sealed to be draughtproof, but ours aren't!
2011-07-14 08:22:09.977 Posted on 27/10/2014 , work completed 27/10/2014