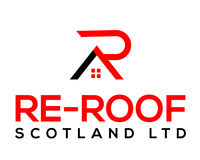 ​We are a modern roofing and building company located near and serving, Glasgow and the surrounding areas. Our goal is to bring the highest level of customer satisfaction and style to your doorstep. We employ time-served tradesman and young apprentices only because we believe in "roofing you can trust". We have faith that Re-roof Scotland is the best roofing company near you, focusing on the best job for the most competitive price. 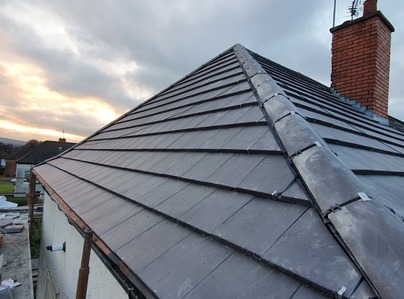 by 100% of customers
Sort by
A professional, responsive and proficient outfit
Customer Service
Quality
Value
Re-Roof Scotland Ltd
I'd been trying to get a roofer to come out to have a look at what seemed to be a smallish job for some months. This involved much back-and-forth email correspondence with another Which? Trusted Trader to come out to have a look. Then lockdown happened. When lifted, I got back in touch with said trader who then informed me they were unable to come out due to a change in their circumstances. Somewhat frustrating but such is life. The experience with Reroof Scotland could not have been more different. My query email received a response the same day. James and Leonard arrived four days later, on time, having called earlier in the day to confirm. They were extremely professional and personable. They were able to give me a detailed account of the problem (which was more extensive than I had thought) including photos, which fitted in with where water was coming in. I was assured of their expertise. Both have extensive experience in the industry despite their relative youth. A detailed written quote was provided by email that same evening. As there was water ingress, they rejigged their calendar of works to attend to my roof on an urgent basis. The work was carried out speedily with minimum of fuss and I was kept up to date as to progress. At the end, a detailed bill of completed works was provided. All work comes with a 10 year guarantee. Reroof are a small, lean and proficient outfit that I would have no hesitation recommending.
Customer in Glasgow City Posted on 28/06/2020 , work completed 15/06/2020
Recommended
New Roof
Customer Service
Quality
Value
Re-Roof Scotland Ltd
We employed RE Roofing to replace our old roof. The work that was done was first class, the workers were all very pleasant . Arrived first thing in the morning worked all day and when finished cleaned up after themselves. They also went over and above what they were employed to do. I would highly recommend to anyone looking to replace their roof, to employ re roofing as they give a first class service.
Margaret Posted on 26/06/2020 , work completed 28/03/2020
Recommended
Endorsement Reference - An amazing company and experience.
Customer Service
Quality
Value
Re-Roof Scotland Ltd
Re-roof came out and fitted a new PVC roofline for me, the work was completed very quickly and to the best standard in could have possibly asked for. Very pleased with my experience, will be using them again
MFabin Posted on 03/12/2019 , work completed (undated)
Recommended
Endorsement Reference
Customer Service
Quality
Value
Re-Roof Scotland Ltd
Laminate flooring and leak on roof fixed.
Mr Fulton Posted on 17/11/2019 , work completed (undated)
Recommended
Endorsement Reference
Customer Service
Quality
Value
Re-Roof Scotland Ltd
My dad lives in an old bungalow and has had ongoing problems with his roof for a number of years. Different tradesmen have tried to resolve the issue but have failed. We spoke to someone who recently had work done by Re-Roof Scotland Ltd and they spoke very highly of them. Len came round to speak to my dad and advised on the work that needed done as well as the timescale etc and gave us a really competitive price. Len and his workmen couldn't have been any more hardworking if they tried. They were on our doorstep prompt every morning, regardless of the weather and cleaned up every night. They also kept us informed of what they were doing each day. We've had a few really bad storms since the roofs been replaced and there's not been a single issue. My dad is over the moon with his new roof. It makes an old house look very new.
x17mca Posted on 15/11/2019 , work completed (undated)
Recommended