Richard Healey Removals Ltd founded in 1965, by Richard (Snr) and still in his & the familys safe hands! Thats why the business has successfully expanded over the years yet maintained the family values & service our loyal customers have grown to expect!

Celebrating 50 years specialising in commercial and domestic removals throughout Ayrshire, Glasgow & the UK wide & recently europe too!, Despite numerous awards & accreditations our most important goal is and always will be to maintain the high standard ensuring we earn your loyalty & referals for a further 50 years of success!

Its Your Move! for us its all about YOU! 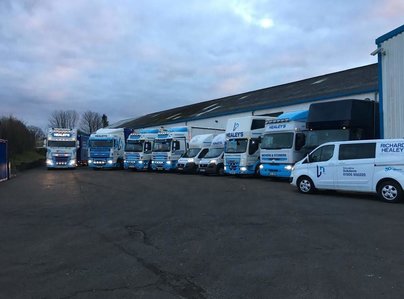