Robinsons Relocation is one of the oldest established removals companies in the UK, with over 120 years' experience in the business.

In this time, we've helped thousands of families just like yours to start a new life, from moves around the corner to relocations to the other side of the world.

We are a fully accredited member of the British Association of Removers (BAR) and all our branches are staffed with a professional team of movers who are experienced in handling moves efficiently, carefully and skilfully.

Wherever your destination, each of our UK branches offers purpose-built storage facilities to ease the strain of moving house. If the timing of your move doesn't quite work out, come to us for a temporary storage solution that includes cheap weekly rates and 24-hour security. We even offer inventory management and specialist storage for items such as cars, documents and furniture. 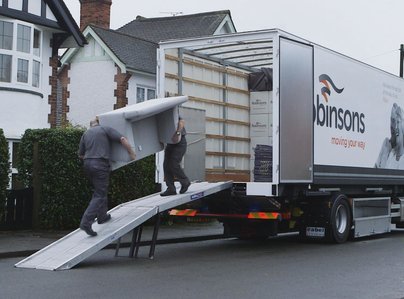 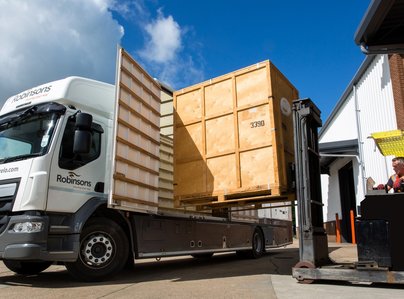 by 33% of customers
Sort by
Unprofessional, I felt intimidated, now in court. Avoid at all costs.
Customer Service
Quality
Value
Robinsons Relocation Ltd (Birmingham)
In short, Robinsons were hired to pack up my flat, move the contents to another flat and unpack there too. We arranged a time of 12pm from the get go. At 4pm, after having bought my contents to the new flat and not unpacked a single item except to put the couch and table together again, they informed me they were leaving. When I asked them why they weren't unpacking as we'd also paid for that service, I was told "If you wanted us to unpack, you should have booked your appointment for earlier". Please bear in mind that they'd accepted that time weeks in advance, as well as payment for it. That same mover then informed me that he had a three hour journey back home and if I had problem with them not unpacking, then I could take it up with his manager. They then stormed out (I'm not even exaggerating). After leaving, someone from their team called me to tell me that they'd informed her that they had to leave because I'd had nowhere for them to unpack furniture. I told her I'd recorded them and I had the real reason on tape. She then called back and asked that I let them back in to finish the job, but at that point I'd headed out to the library and even if I'd been at home, can you imagine letting them back in after that altercation? In addition to the above, they also damaged my bedside tables, and despite having a valid insurance claim, two months after the fact I'm now in court to get back the money owed. No shame, avoid at all costs.
Customer in Kent Posted on 18/09/2019 , work completed 26/06/2019
Trade shipments abroad
Customer Service
Quality
Value
Robinsons Relocation Ltd (Birmingham)
I have used Robinsons before and recommended them to a far eastern trader. All went well with good communication as usual. Good price and just what you need for an efficient and reliable job.
Customer in Brighton and Hove Posted on 03/07/2019 , work completed 19/06/2019
Recommended
Nightmare Move
Customer Service
Quality
Value
Robinsons Relocation Ltd (Birmingham)
I used Robinsons to relocate from the USA to the UK. They turned this process into an expensive nightmare. After months of preparation their US agents failed to turn up on the scheduled day to move my belongings. Not only did they fail to turn up they also blatantly lied to me about the reasons for their failure. I was left in an impossible position as I was moving pets and I had to be on a specific flight. I had to leave the USA and arrange for a friend to oversee the moving of my belongings from my house in the USA, a very unsatisfactory arrangement. This means than innumerable items have been packed and moved that I did not want to have packed. Had I been present when the shippers came I could have stopped these items being packed, however as they FAILED to turn up on the appointed day I could not manage the process. Moreover they left a significant piece of furniture in the USA. Their reaction was "claim it on insurance" despite the incalculable significance of this item to my family. Once they had lifted my belongings I was then informed I would have to pay an EXTRA 3,500 Pounds as the volume of goods was bigger than the estimate. You should be aware that you have to self estimate which is fraught with problems, and you will pay dearly for any underestimation. Of course as they had my belongings I had no choice, I had to pay the extra money or I am sure they would not have delivered my belongings to the UK. Robinsons turned this move into a nightmare.
Andrew Jeavons Posted on 19/11/2017 , work completed 19/11/2017
Dear Andrew - glad to see you found us on Which?Trusted Trader! As already explained to you on all the other channels you posted, we do sincerely apologise for the issues you encountered. However, we have tried our best to make up for our agents' failure to collect as agreed and we have lifted numerous charges (incl. warehouse handling and storage). We invited you to get in touch via customersupport@robinsonsrelo.com to discuss the remaining piece of furniture (which we were not aware of), so we could organise for it to be shipped back at no extra cost. Unfortunately, you refused our offer and confirmed you had made other arrangements. Wishing you well. Regards,