We manufacture and install quality bespoke Garage Doors. Located in the West Midlands, serving the whole of the UK, with over 30 years of experience in every aspect of the door industry.
Offering a professional, friendly and reliable service to suit your needs and specification with no hidden costs.

At Rolflex Doors UK no job is too big or too small we take pride in all of our work.

Rolflex Doors UK use no sub-contractors to carry out any of our work, only our specialist fully trained staff carry out works so we know that a professional and quality finish is going to be accomplished at all times.

Throughout and after the whole installation process Rolflex Doors UK offers a full care package providing full reassurance and support for our client. 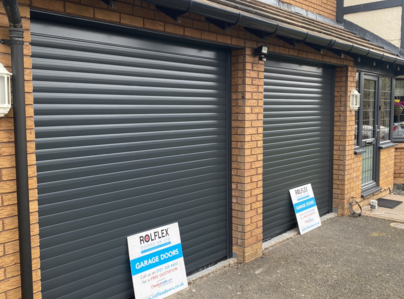