Smart Plumbing & Heating (SPH) have been established since 2010 providing Bristol and the surrounding areas with quick, efficient and reliable heating and plumbing solutions.​

Boilers:
We are proud to partner with Worcester Bosch, Vaillant, Ideal, Baxi and Veissman to offer up to 10 years warranty on a wide variety of models to fit your property’s requirements and your budget.​

Customer satisfaction is paramount to us so we will remain on the job until you’re completely happy with our work. Dust sheets will always be applied to minimise any mess and we are more than happy to hoover up too! During your new boiler installation we will conceal any open pipework to ensure the best finish possible.

We are extremely experienced in upgrading the old system to combo’s as well as a straightforward combi swap. Please get in touch for your free no obligation quote at a time to suit you. 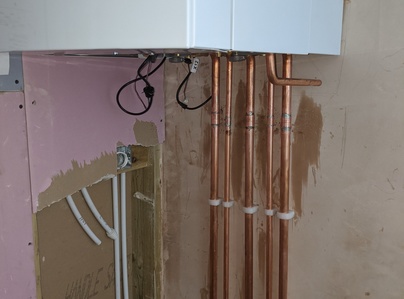 by 100% of customers
Sort by
Broken boiler and boiler replacement
Customer Service
Quality
Value
Our boiler broke out of the blue on a freezing January day and Smart Plumbing came out the same day to help us with just a standard call out charge. They even called ahead to update us of their expected arrival. They were polite, timely and worked fast. Their charges were reasonable and I was very pleased with their work. After fixing it the boiler worked for a week before failing again, they came round the same day to fix free of charge and advised we should update it if it failed for a third time. As we have small children and it was January we took the decision to update it and booked them in to replace the boiler the following week, in which time the original failed a third time. The replacement is fantastic and the price was reasonable. I was happy to have them working in my home. I would definitely recommend their service.
Customer in Bristol City Posted on 01/02/2022 , work completed 19/01/2022
Recommended
Endorsement Reference
Customer Service
Quality
Value
He installed and serviced my gas boiler, very clean, reasonable and personable. Turns up on time.
Which? Trusted Traders Consumer Posted on 12/11/2021 , work completed 21/08/2021
Recommended
Which? Trusted Traders