Southwicks builds home insulated garden office buildings and garden hobby rooms. A family run business serving Hampshire and the bordering areas. Expertly and fully installed, including solid foundations, full insulation, internal seamless plasterboarding, internal and external finishing, full electrics, heating, double glazing, quality flooring, security and more. Designed to discreetly blend into the garden.
We provide and install everything you need, giving you the total solution! One complete package at the keenest price. No hidden extras.Combine high quality materials and expert workmanship with a friendly personal service, and 100% customer satisfaction.
You can read our actual website testimonials from our customer's by copying and pasting the following web address into your web browser.. http://southwicks.co.uk/testimonials/ 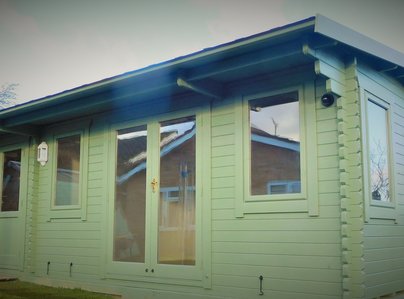