Starglaze Home Improvements are a local manufacturer and installer of PVCu and aluminium windows, doors and conservatories. We have been a family owned business with a factory in the heart of Lincoln since 1974.

We pride ourselves on having a friendly knowledgeable team based in an extensive showroom on Tritton Road, Lincoln. The team are happy to advise without any pressure sale techniques. The showroom is open 7 days a week, with free parking and coffee is always available.

We also provide an in home, no obligation, no hard sell, measuring and design service where we can ensure that the quotation you receive is our most competitive price and includes all current promotions – call us now on 01522 512020 to speak to a member of the team or go online at www.starglaze-windows.com to get an instant online quotation for double glazing in the comfort of your own home. 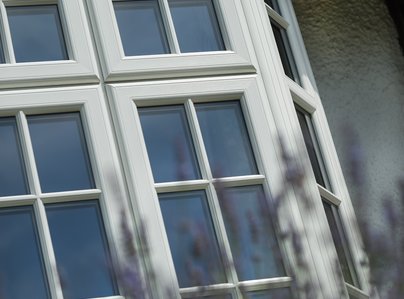 by 67% of customers
Sort by
Decent Product, Terrible Installer/Customer Care
Customer Service
Quality
Value
The front door is a decent product, but the experience and utter lack of customer care is appalling. They came and ripped out the old door, and when I say ripped out that sums it up, I mean it, they caused damage which later they didn't feel they needed to compensate for. They did not keep to one appointment time changing things at the last minute. On the first install nothing was sealed and the door was ten mill away from the wall, hence the very cold week. Even a major Steel re-enforcing bar was missed out so the whole things rattled and moved when closing the door. Part of the frame was broken, badly sawn joints, just a mess. The fact that I need to redecorate due the poor workmanship of the engineer that did the first fitting of the front door. It wouldn’t have been so bad, but he stuck that huge surround on and ruined the paint and surface, this was to hide the plaster that he had broken during the first fitting. We were left in this state for a week even though they were shown pictures on the day. They did eventually return and fit it correctly a week later. Even then the door trims didn’t fit so they had to come back yet again. They offered us a paltry fifty pounds compensation payment and would not budge on that.
Customer in Lincolnshire Posted on 09/02/2022 , work completed 27/01/2022
Brilliant
Customer Service
Quality
Value
From start to finish i couldn't fault the service by Starglaze, even the aftercare.
Katrina, Lincolnshire Posted on 23/08/2018 , work completed 23/08/2018
Recommended
Excellent
Customer Service
Quality
Value
Excellent service. The salesman who visited wasn't intrusive or aggressive. The price was the price. The fitter was polite, tidy and did an excellent job. Very happy.
C, Lincolnshire Posted on 02/05/2018 , work completed 02/05/2018
Recommended
Nice Door, Eventually
Customer Service
Quality
Value
I have used Starglaze before and so when I ordered a number of windows and a new front door from them, I was expecting the same professional service however on two occasions on the first 3 days before the door was to be fitted, I was told that the company making the glass was no longer trading? And on the day that they did turn up to fit the door, the frame was the wrong colour which beggars the question whose checking these things at the manufacturing end? The door as been fitted by two professional fitters who did a great job and it looks great. Yes I would definitely use Starglaze again but I would suggest that they make sure that the manufactures check that orders are correct before delivery. If its not checked its not done ( a military expression).
Anonymous Posted on 26/04/2017 , work completed 26/04/2017
Hello Thank you for your feedback, it is much appreciated. If we may respond to the two problems that occurred with the installation of your door. As you have stated, the company who made the decorative crystals that you chose ceased trading some time ago. Unfortunately, as you quite rightly state, we were only notified of this issue very late in the day by our factory. We have since done an audit of all items in our showroom to ensure that we only have current products on display, and have also put procedures in place to ensure that this does not happen again in the future. Regarding the door frame being the wrong colour, we do have a system where all frames delivered into our depot are thoroughly checked for accuracy before they are installed. Regrettably, as your door was one of our painted products, it hadn't been delivered into our depot and was picked up by our installers from our paint shop, thus bypassing our standard checks. Again, procedures have now been put in place to ensure that in future all painted items are delivered into our depot and go through our standard checks before being installed. We understand that your door is now correctly installed, and we trust that you are happy with it. If you do have any further concerns, we would be happy to discuss them with you. We would be grateful if you could please add a rating for our service using the star system for customer service, quality and value now that your work is complete. Many thanks
Window replacement - high quality, efficient friendly service
Customer Service
Quality
Value
My message to Starglaze : Just to say how pleased I am with the new window It looks great and brings much more light into my room The fitter was excellent. Highly competent and efficient, very tidy and cleaned up perfectly. He was most polite and good company when he was here. I would like to thank you and Starglaze for your high quality, professional work. I would have no hesitation using Starglaze again and in recommending your services
harrywell Posted on 29/03/2017 , work completed 29/03/2017
Recommended
Very happy
Customer Service
Quality
Value
Replaced 6 old sash windows with modern sash windows. Completed on time and to budget.
Which? Trusted Traders Consumer Posted on 30/11/2016 , work completed 30/11/2016
Recommended
Which? Trusted Traders