Based in Par, T.J Baily Building has been developing a fantastic reputation as a reliable and friendly building company throughout Cornwall and Devon since 1991. We recognise that it isn't enough to simply offer general building services. Renewable energy now takes an important role in all new building projects, which is why we aim to offer an alternative, environmentally friendly approach to building. 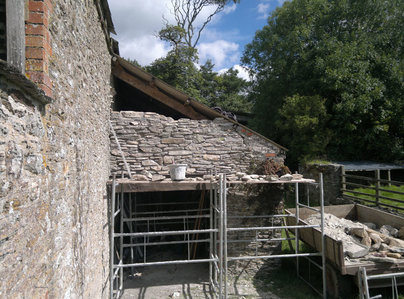 by 50% of customers
Sort by
My Review
Customer Service
Quality
Value
T.J. Baily Ltd
I gave trader list of jobs to do. He charges per hour. The majority of jobs had to be redone at extra expense to me or he took an extraordinary of time to do them so I felt trader was wasting time to get more money. There was very little communication or listening to what I wanted as the customer. He asked to stay at the house to save the travelling and he said the jobs would get done quicker and he would work long hours. However, he didn't want to do anymore work after 7pm most nights. I feel he was very unprofessional. messy and disrespectful towards me & my house. I do not want him to come back. I spoke to him several times about this but this didn't make a difference. I have had to hire other traders who have redone a lot of his work despite us trying not to. The professional landscaper has had to redo the outside tiling which was laid on sand (so tiles were loose after just a few weeks) and levels were off, he redid the grouting in steps which were messy and the colour was totally off. Inside, he spent time putting finger pulls in the wrong location on the freshly painted windows which have had to be removed and holes filled, re-painted, a loft hatch had to be made substantially bigger because he made it uncharacteristically small (you couldn't fit anything up it) and old, recycled wood was used. He put up oak panelling in the living room but hadn't thought it through so the skirting board didn't fit properly underneath and drilled holes in the middle of it so it was damaged. He later rectified the hole but I had to pay my other builder to fix the skirting board problem. He changed a lock on one of the doors and now there is a hole in the door where the old lock used to be. Again, very difficult to fill it and leaves a mess for us to clear up behind. Shows a lack of forethought and planning but also discussion with me about what I would be happy with.
Lindsay Bisiker Posted on 20/09/2017 , work completed 20/09/2017
For 36 years I have been successfully building new homes; renovations, including second homes; listed buildings; churches; schools; self-build projects; farm and home maintenance and private and public sector work. I am also CITB registered. I always do my best to try and help my customers to resolve all issues reported to me, as customer satisfaction is important to me, but unfortunately on this occasion we were not able to come to an agreement, and this resulted in me having to take this customer to court, which was the first time in 36 years of business. Ms Bisiker’s review paraphrased her defence at the county court hearing held in Southampton on 19 February 2018. At the hearing, all claims made by Ms Bisiker were dismissed by the Judge, judgement made in my favour and claimant costs awarded to me. Even after this, Ms Bisiker still did not make payment, so the High Court Enforcement Officers had to recover the outstanding amounts in August 2018 from Ms Bisiker.
High Quality
Customer Service
Quality
Value
T.J. Baily Ltd
Rebuilding bits of a Victorian house, carpentry, electrics, plumbing and decorating. General refurbishing of the old house and gardening. All work was of the highest quality and they were reliable and helpful. The work finished in Early April 2014 and I've had no problems to report.
KateML Posted on 09/12/2014 , work completed 09/12/2014
Recommended