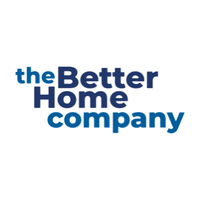 The Better Home Company provides expert home services covering, Plumbing & Heating, Electrics & Lighting, Painting & Decorating, Handyman Help & Home Repair, Cleaning, Moving and much more, both emergency callouts and scheduled appointments.
Whatever it might be that needs repairing, maintaining or improving, we are here to help!
We cover all of Central London and our main focus is to make the experience of dealing with home repairs enjoyable and easy. Our team consists of highly skilled professionals that are ready to make your home a little better. 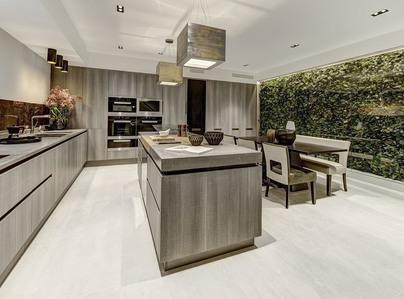 by 80% of customers
Sort by
Disappointing service with unresolved outcome
Customer Service
Quality
Value
On 5 March my ageing gas boiler broke down. The engineer attended and diagnosed a faulty gas valve. This was fitted on 8 March. On 9 March I called the company again; the engineer found the boiler to be emitting high levels of CO and shut it down. With no time to shop around, I ordered a new boiler from Better Home and this was installed on 12/13 March. I asked for an explanation of why the old boiler became unsafe and received several emails/texts in very poor English which have not satisfied me. Additionally, the installation engineer deliberately, and without asking me first, cut through the plastic ducting to my hot air dryer and crudely stuck it back together. I think it very unprofessional for a company operating in the UK not to be able to communicate in clear, unambiguous English. The new system seems to be working ok, but I shall not use this company again. In their favour, they did deduct the cost of the gas valve from the boiler installation invoice.
Customer in Greater London Posted on 28/03/2021 , work completed 13/03/2021
We are very sorry to hear of your experience and that you feel you have not received a satisfactory explanation to your enquiry. I would like to investigate the issue further and ensure you receive all the necessary information. Customer Service is of utmost importance to us and all our heating engineers are regulated by Gas Safe. Please could you contact us on hello@betterhomecompany.com as we would like to resolve this for you.
Poor communication
We had an engineer come over to provide us a quote on a variety of projects around the house, but then he never got back to us with a quote. I followed up repeatedly with the company, and although I often faced difficulty in receiving any response at all, I was twice promised that the quote would come within a specific time frame (within 2 days, or by the end of the week). The quote never came, and communication ceased. I have given up on following up with them, as I'm uninterested in having to maintain this level of effort when a job needs doing. I understand that it's a weird and busy time, but this experience has been really disappointing given all the positive reviews online.
Customer in Greater London Posted on 12/02/2021 (Reviewer did not use service)
We are very sorry to hear of your experience with us and would like to opportunity to investigate the issue further. Please could you contact us on hello@betterhomecompany.com as we would like to resolve this for you.
Quick and efficient
Customer Service
Quality
Value
Wojtek dealt with an electrical earthing problem which was causing my system to trip. He traced the problem to a faulty pump which he replaced. He also activated some garden lights which he had previously done the first fix wiring for. I have known Wojtek for some years since he installed all the electrical and plumbing systems when I rebuilt my house and I was pleased that he responded so quickly when I contacted him direct.
Alex, SW19 Posted on 02/07/2019 , work completed 02/07/2019
Recommended
Excellent company
Customer Service
Quality
Value
Very professional company. Quick to book, job done on time and well done.
Carlondon Posted on 26/06/2019 , work completed 26/06/2019
Recommended
Satisfied client
Customer Service
Quality
Value
1) Install new Entry phone and communication system in our house 2) Repairs 3) Boiler service
Morfar Posted on 15/06/2019 , work completed 15/06/2019
Recommended
Reliable, professional and really good service!
Customer Service
Quality
Value
I had no hot water and Better Home Company managed to send a plumber just 2 hours after my call. The plumber was in front of my house 1 min. before the arranged time and he was really sweet and professional. He was very respectful of my home and even asked if he should take his shoes off. He fixed the issue very quickly and explained me in detail what the problem was and what he had done to fix it. I've had a lot of mixed experiences using other services in London - but this was the first time I felt he really cared about his work. I would use him again any time! Prices are fair and transparent - and the service and work done much better than other places. I have already booked them for another job. Reliable, professional and really good service!
Line Posted on 02/05/2019 , work completed 02/05/2019
Recommended
Which? Trusted Traders