EXMOUTH'S ORIGINAL AND ONLY TRUE KITCHEN SPECIALIST. Established in 1995.

Welcome to Your Kitchen, a business that I have built with my family since 1995, using my experience as a fully trained Chef and having fitted over 1475 kitchens we now have the most 5 star reviews in the UK for fitted kitchens...........

Proudly your local Second Nature and Ballerina kitchen Retail Showroom for the East Devon area. We have an exceptional showroom right next to the Range in Exmouth.
Design, manufacture and installation of fully fitted bespoke kitchens, tailored to you.

You'll have the comfort of a fully project managed service from initial design and ideas on worktops, storage, lighting and appliances, through to the final installation, all at a price that that might just surprise you.

All kitchens are tailor made to order - whatever the budge 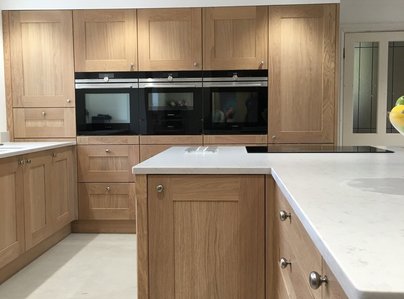