2018 Which? Trusted trader of the year profile: Tincknell Heating Services

We caught up with company director Rob Ormond and heating services manager Richard Beck to find out more about the award-winning company.

The 2018 Which? Trusted trader of the year is Tincknell Heating Services, a boiler installation and maintenance business based in the West Country. The heating-services arm of larger parent-company Tincknell Fuels took home the award from the ceremony in London in May 2018. 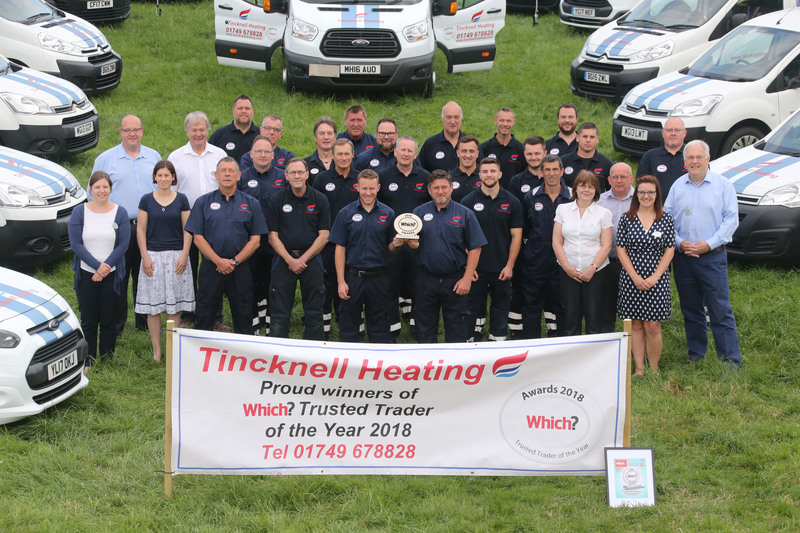 Tincknell Heating Services is one wing of the long-established fuel business, Tincknell Fuels. ‘It’s a win for the industry,’ said Rob Ormond. ‘The fuel industry, which we’re part of, doesn’t always get the best press, but this is a really positive step.’

Winning the Which? Trusted trader of the year award and being elevated above the thousands of other businesses on the Which? Trusted Traders scheme means a lot to the company. But it’s adamant that this won’t change the way it works.

Rob Ormond told us: ‘It’s amazing to win. We don’t want to change what we’ve been doing to get to this point. We work with well-chosen partners and to high standards, and that will continue.’

See our report on the 2018 Which? Awards ceremony, or read on for more about this year’s winner. 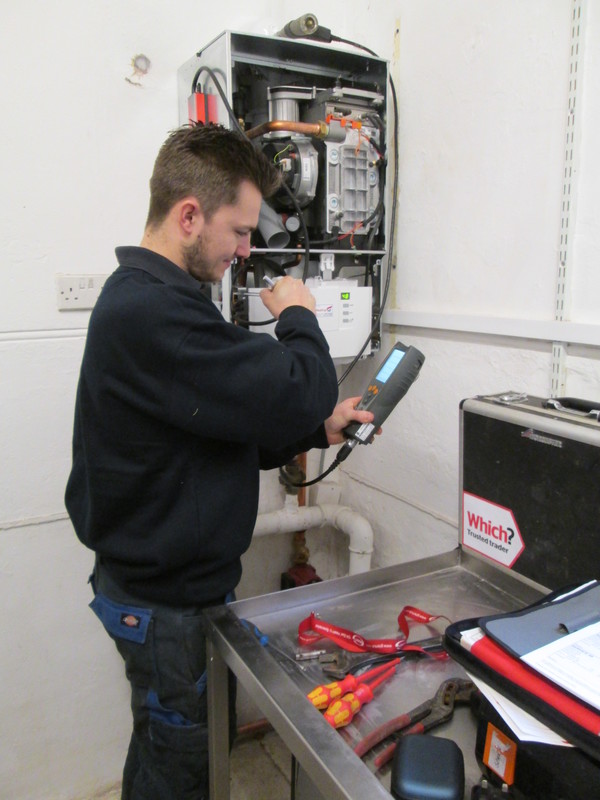 Tincknell Heating Services has around 35 staff working across the South West to install and maintain oil and gas boilers. Richard has managed the heating services department for the past 27 years. The department is a similar size to when he started with the business, but the customer base has almost doubled.

Part of the company’s recipe for success is an unwaveringly consistent approach to customer service.

Richard explained: ‘When I arrived I had a pep talk from Frank Tincknell, who was the chairman at the time. He said we must treat every customer as an individual and always uphold the integrity of the company.’

The business continues to provide an old-fashioned level of care, attention, and high quality of service to each customer. ‘I’ve always worked hard to uphold the family values that founded the business,’ Richard said.

One of the most eye-catching ways the Tincknell team display this is the way they give each customer a bouquet of flowers after a boiler installation. But it’s not just the flowers; the steady stream of positive reviews on its Which? Trusted Traders profile page shows how its customers appreciate the company’s attention to detail and excellent service, which it provides whatever the circumstances of each job.

Find out how you can make the most of your Which? Trusted Traders endorsement.

A family business with history 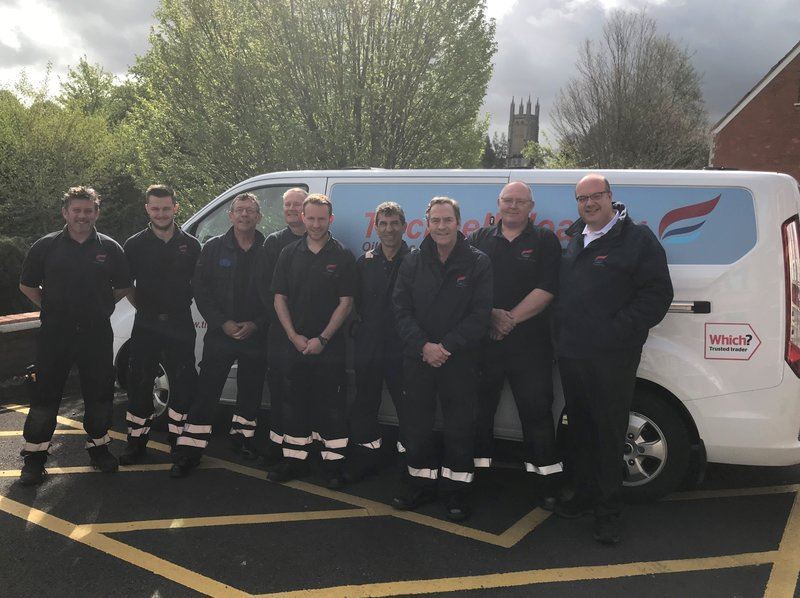 The Tincknell business was founded by Robert Tincknell in the early 1900s. It started off as a blacksmith before moving into the tractor business during the war years. In 1953, the company took on the local Shell distributorship to supplement the tractor supply and repair, and moved into the fuel business.

The original Robert Tincknell’s grandsons joined the company in the 1960s, and Tincknell Fuels was created as a wholly owned subsidiary of R Tincknell and son. The business expanded its offering to provide heating services, while maintaining its standing in the community and a reputation for fairness and integrity.

The Tincknell family is still in charge, with the values of integrity and being part of the community central to the business offering. Philip Tincknell is the chairman of the business and his children, Robert and Diana Tincknell, are also on the board.

Richard Beck told us: ‘There’s a huge caring element in what we do. We feel a real sense of responsibility towards our customers. If we’ve got an elderly customer whose heating has broken down, we want to fix it as soon as possible because we know it’s a real problem for them.’

This caring approach reaps its reward in the loyalty shown by the Tincknell Heating Services customers. ‘Many people have been with us for 30 years or more,’ Richard revealed. The team have received cards and well-wishes from their regular customers who heard about the award, and the phone is ringing with new customers, too.

It’s not just the customers who are loyal. Rob Ormond explained: ‘People stick with us. We’ve got employees on the books with more than 50 years’ service, and their sons, too. We’ve had engineers leave but then come back to us, because it’s a great place to work.’ 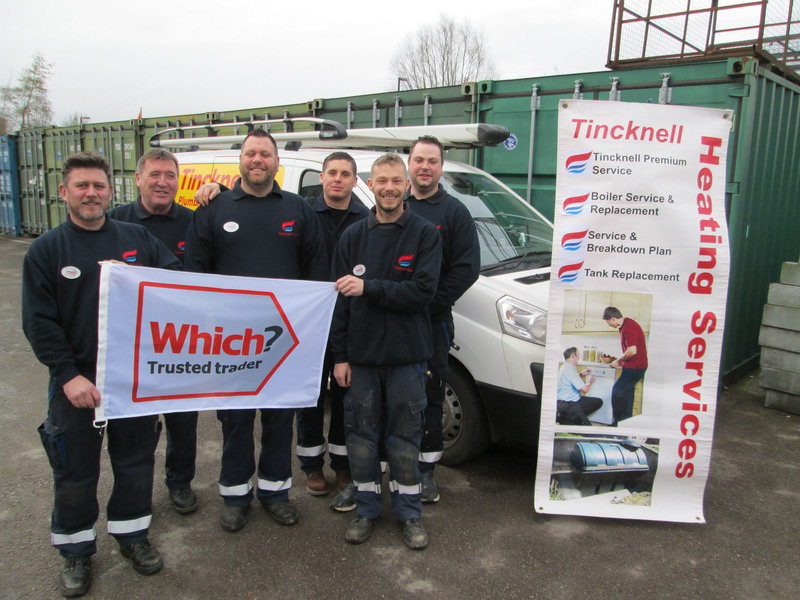 Tincknell Heating Services joined Which? Trusted Traders in October 2016. Company director Rob Ormond described it as ‘a natural fit’ and a ‘badge we carry with pride’. The Which? commitment to customer service and honesty matches the Tincknell values of integrity and fairness. It’s also a means to get a public stamp of approval for the way Tincknell Heating Services chooses to do business, from one of the UK’s most trusted consumer groups.

The ability to collect feedback and display it on the company’s profile page is something that particularly appealed to the Tincknell team. ‘We wanted to change the way we present ourselves to the public,’ Richard Beck told us. ‘This company is very modest and quite old-fashioned in its ways of doing business. We wanted to get an online presence. I don’t really understand the online world and social media, but we’ve got a young team that do.’

Collecting feedback and seeing it on the site has been a really positive experience for the business. ‘I think it’s changed behaviour,’ Richard explained. ‘It’s created real momentum in the business, making everyone more enthusiastic to get out there and help people. Getting good reviews is one of the best bits of the job. Some of them are really touching, and it makes it all feel worthwhile.’

Rob Ormond added: ‘It’s not all about the gushing endorsement, either. It helps us to know if things haven’t gone to plan, and it’s about improving, too.’

Find out how to get more customer reviews on your profile.

Route to the awards

Tincknell Heating Services won the Which? Trusted trader of the month award in March 2017, for its consistently positive reviews and the way the business had really embraced the endorsement scheme. Richard Beck described this initial win as ‘feeling like being in a tennis match and winning a set back from a big player. It gave us belief in the business, in what we were doing and in the people. It’s the team that have delivered this award – we’ve got some very talented and dedicated people.’

See how you could be the next Which? Trusted trader of the month.

Winning the trader of the month award put the business on the longlist for Trader of the year, alongside the other nominees who all attended the award ceremony in London.

‘We really enjoyed meeting the other nominees,’ Rob Ormond told us. Richard Beck added: ‘They’re great people, all working hard. We’ve been in touch with them and sent them flowers since the event.’

The ceremony itself was a highlight for both Richard and Rob. ‘We felt special,’ Rob told us. ‘The way Which? met us at the door and introduced us, and the senior team came to see us was great. We listened to all the other awards and there were some major companies involved. We were in exalted company.’

‘My reaction was one of disbelief when we won’, Richard said. ‘My knees were knocking for at least half an hour after we got the award. It meant a huge amount. I think it’s validated what we’ve always done.’ 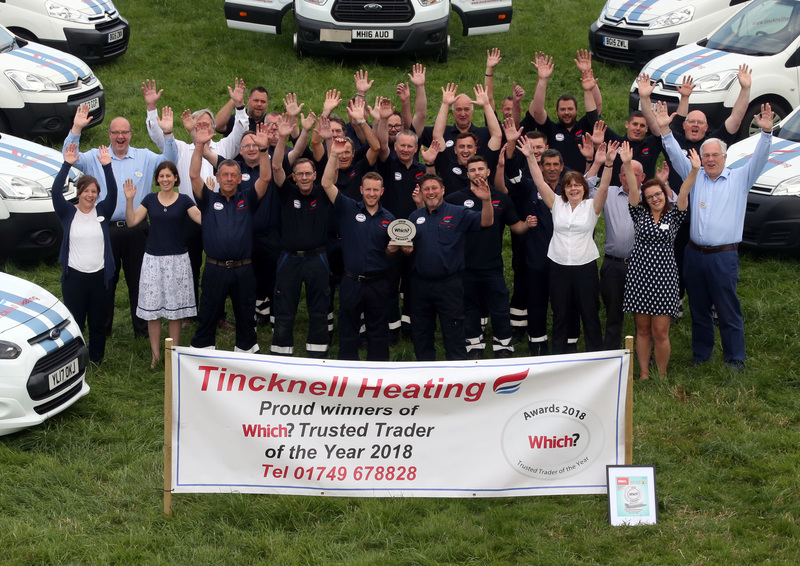 Now the award has come home to the Tincknell offices, where the senior team are keen to ensure everyone shares in the excitement of winning. ‘We’re so proud,’ Rob Ormond said. ‘We’re building a cabinet to house our award. We’ve got a collage of the day, new uniforms with the badge on it, and new paperwork with the award.’

‘Part of the fun is sharing the joy around,’ Richard said. ‘We want to spread that enthusiasm among everyone on the ground.’

The team have taken a picture of each engineer with the award. ‘We’re framing those and giving every employee a framed picture to take home,’ Richard told us. ‘I’ve moved my horses out of the field at home and we’re going to have a field party. The horses may want to join in!’

The future looks bright for Tincknell Heating Services. ‘We’ve got some great young, talented people working here that made the award happen,’ Richard said. ‘We’re going to get more talent into the business and we want to go and win it again. We loved it – once isn’t enough.’

Many congratulations to our 2018 Which? Trusted trader of the year – Tincknell Heating Services.