We can do it: women working in skilled trades

The number of women working in the UK has steadily increased over the past 20 years, but only a small proportion work in skilled trades. We talked to some of our female Which? Trusted traders to find out more.

The number of women in the labour market has been rising steadily since the 1970s. Now, government statistics show that around three quarters of UK women are either working or looking for work. But of these, less than 5% work in skilled trades, such as electrics, plumbing, plastering and the motor industry. Depending on the trade, men will outnumber women in these areas by at least ten to one.

The experience of being outnumbered is something our female Which? Trusted traders are familiar with. Jane Russell, owner of Garage Express, said she’s ‘surrounded by men.’ Dawn Farrell, who runs Pro Fuel Recovery, says she has been in engineering roles her entire life and has always been the only woman. She said: ‘Even when I was at school I was the only girl in woodwork and metalwork. Same at college – every college I went to.’ 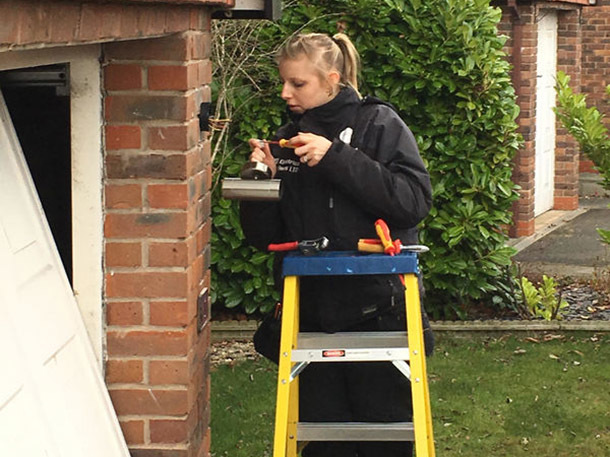 So what is it that’s putting women off? Rachel Gilbert, electrician at R2D Electricals, said: ‘Potentially it’s because it’s so hands-on, you’ve got to get stuck in, but I don’t see an issue with that at all.’ Dawn agreed that for her, the practical, hands-on nature of the work is something she really enjoys.

Garage Express’ Jane Russell is hopeful that more women will be encouraged to enter the motor industry as technology changes the nature of the work involved. She said: ‘The reputation of the motor industry is that it’s a dirty trade – spanners and oil.’ But as she points out, ‘a lot of modern cars are more about computers than spanners, so technicians need to understand the electrical and computing side of vehicles. You have to be smart to work on these vehicles - brute force doesn’t cut it anymore.’

Inspiration Computers Ltd's Alison Grant sees definite signs of improvement in the IT world. 'Generally women weren't encouraged to get involved in IT or coding 15 or 20 years ago,' she said, 'But now we work with our local council to promote coding courses for girls. That active promotion to younger women just wasn't there before.'

It may be that times are changing across the board. Increasing numbers of women are taking up apprenticeships and, although their numbers are still small, some media outlets are already reporting on the rise of ‘white-van woman’.

Trade associations are responding to skills shortages by focusing on getting more women into their sectors. The National Inspection Council for Electrical Installation Contracting (NICEIC) aims to promote jobs for young women in the electrical industry with its Jobs for the Girls campaign. Women in Plumbing was set up in 2002 as a support network for women in the industry, and Watersafe runs a Get Girls Plumbing campaign offering support to women wanting to enter the industry.

This support is crucial for women to overcome conscious and unconscious barriers. Many women don't believe they can actually do the job.  There are a lack of role models for girls wanting to pursue a skilled trade as a career path. Former CEO of Van Girls, Emma Lanman said: 'Women haven’t been working in these male dominated worlds for very long. Girls don’t dream of doing things like starting a removal company. You have to really want to go and do it because it isn’t an obvious career path.’ 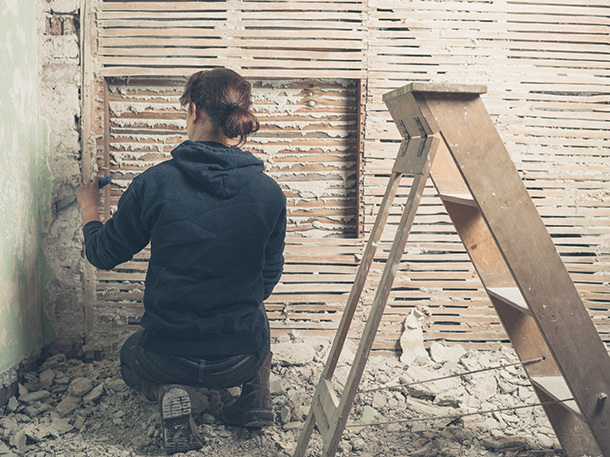 R2D’s Rachel Gilbert said: ‘If more women start to join the electrical trade, then it could inspire others. Provided you get the right training, go to college and get practical hands-on experience, anyone can do it.’

It can feel daunting to go into a very male-dominated career. As Emma says, ‘You’re not always welcome or judged to be capable. You have to prove yourself more than a bloke would – that can put women off.’ But as she points out, female-run companies like Van Girls make it a bit easier. And as her experience bears out, the demand is certainly there.

Demand from consumers for female traders

A 2018 survey by the Federation of Master Builders found 53% of Londoners were gender-blind when it came to employing a tradesperson - they didn't mind either way. But at the same time 61% of people polled felt that a female trader was more likely to be respectful of their property and a third would actively prefer to employ a female tradesperson.

This is backed up by an earlier Watersafe survey, which found 31% of women polled would prefer a female plumber to come into their home.  As R2D Electrical’s Rachel Gilbert says: ‘So many of our customers have liked the fact that they’ve got a woman coming into their home – particularly mums, single women, elderly women on their own – it feels safer for them than having a strange man walking in.’ Inspiration Computers Ltd's Alison Grant agrees: 'Some of our customers, particularly the more vulnerable, older customers who are on their own will only deal with a woman.' 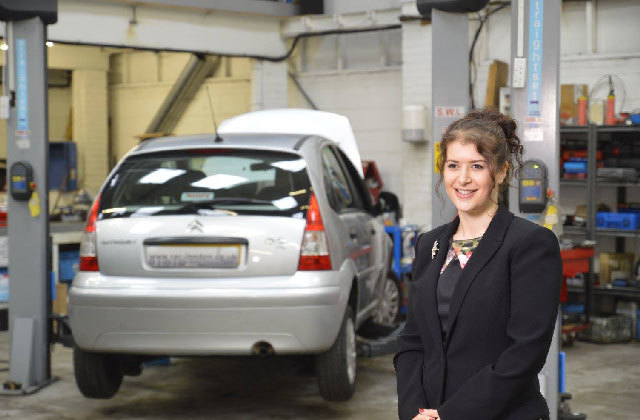 Jane Russell told us that her team deliberately sets out to make women feel comfortable in the garage environment. That means creating comfortable and clean waiting areas, but also trying more broadly to change the reputation of the motor industry, ‘not just for shoddy workmanship or trying to pull the wool over people’s eyes, but also in terms of women feeling comfortable and confident they will be spoken to as an equal and treated fairly.’

But there is some way to go. Research by trade associations showed that only one in every 1,000 electrical contractors is female. Plasterers and plumbers do slightly better, with 1% being female. Women make up a comparatively huge 2% of the motor trade – but with fewer of them being in technical roles.

Being a woman in a male-dominated world can help to set you and your business apart from the competition. Jane Russell told us: ‘Being a woman in the industry is really interesting because there aren’t many of us, so it’s a massive opportunity for someone to succeed and to stand out from the crowd. There’s positive discrimination there in that I’ve definitely had invitations to be involved with events because I’m a woman.’

Alison Grant said: 'When we started the business in 2003, all the advertising connected to computing was quite masculine in blues and greens. We decided to do an advert in pink, with me - a female computer repairer, and it got a massive response because we were offering something different from everyone else.'

Jas Rangi from Third Eye Security said it could be a real advantage being a woman in a man’s world. ‘I think women are more emotionally intelligent, so if I was at a disadvantage with a company or a customer, I’d know how to use that.’ 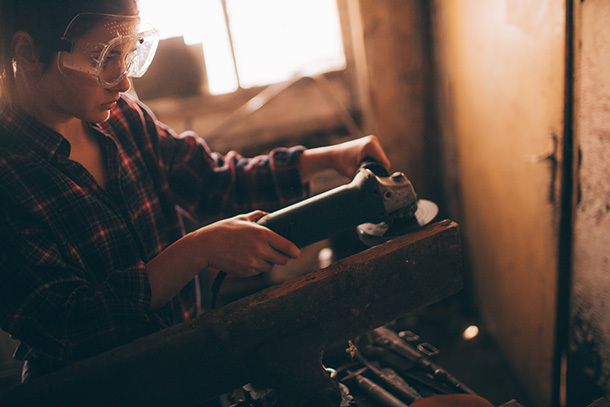 Sadly, not everyone’s experience of discrimination is so positive. Jane Russell reports being ignored by sales reps, who are ‘looking for the boss’ – although she actually sees that as a benefit when she doesn’t want to talk to them. Dawn Farrell also said she had experienced discrimination throughout her career, with colleagues and customers often assuming she was unable to do the job, or needed help when she didn’t. However, she would still advise girls to go into engineering if that’s what they want to do, saying: ‘You just have to push through and do what makes you happy.’

There’s little doubt that more women will need to go into manual trades if the UK is to avoid skills shortages in the future. At least the next generation can already see our female Which? Trusted traders showing that it’s not just a man’s world - there’s room for women here, too.