Could operating a franchise be the right choice for you? We asked some of our Which? Trusted traders what it was like working as part of a franchise, and how it had helped their businesses.
Rebecca Milligan

A franchised business is one where you, as a trader, can buy into and set up your own branch of an established brand and business model. A franchisor is the main, overall company that owns the trademarks and products. The franchisor will sell the right to run a branch or location of their business to the franchisee. It’s a bit like having a ready-made business handed to you, off the shelf. A central team will support you as you establish and run your business.

While you will run your individual accounts, many of the decisions about how to work, where to work and so on are taken off your hands. Franchises will have a central team who will look after some commercial activities, which can free you up to get on with the job.

Should you set up as a sole trader or a limited company? Find out more about how to choose the right business structure, or read on for more about franchises and Which? Trusted Traders.

Benefits of operating a franchise 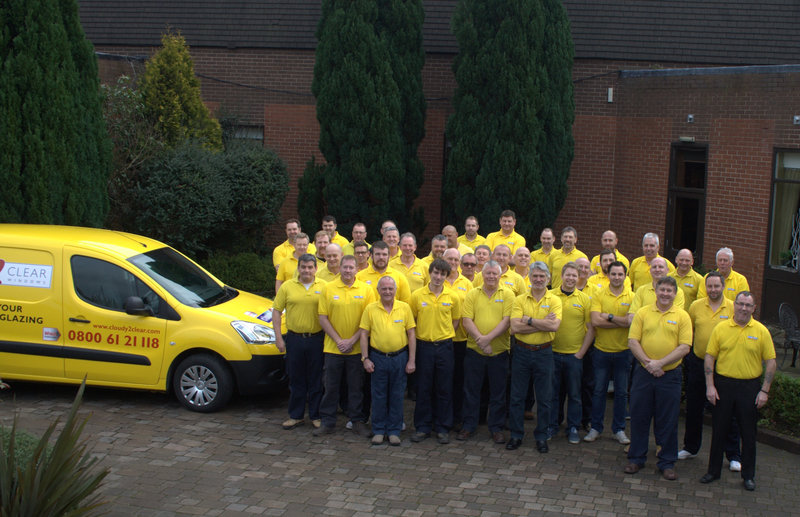 We spoke to representatives of some of our Which? Trusted Traders-endorsed franchises. They told us the benefits of operating a franchise include:

Phil Harrison, of franchisor Envirovent, stressed the reduction in risk. ‘The potential franchise owner can see that the system and brand has been successful elsewhere. Only around 20% of new start-ups succeed, but significantly more new franchises thrive. Setting up as part of a franchise means you’re in business for yourself, but not by yourself.’

Kirk Williams from franchisor Cloudy2Clear agreed. He also emphasised the support you get from being part of an existing network, as well as the kick-start to your business from being part of an existing brand. ‘You have a supportive team that are with you to help and guide you through your early steps of running your own business. Plus you’ve got a system that is tried and tested and easy to follow,’ he said. ‘In some instances you don’t necessarily need business experience, as you’ll receive training from the head office.’

One man for whom a franchise made sense is Mark Watson, who runs the East Sussex branch of Hometyre, a mobile tyre-repair service. Mark lost his engineering job during the last recession, and had no luck finding anything else, so decided to run his own business. The franchise model gave him security – allowing him to combine his engineering skills with the business support to run other areas of his franchise from the central Hometyre team.

‘They’ve got the background of the business in place already,’ he said. ‘The website’s up and running and the business support is there. They’re the sales team behind me, too, which means I don’t have to do any direct sales. You have to do your own accounts and taxes, but they give you advice on that, too. They do all the marketing and source the tyres for me. I just go out and do the work.’

Customers going to a franchised business benefit from the fact that they know what they’re getting. The centralised working practices and supplies mean there’s a consistency of experience and service across different branches.

Phil Harrison recommends that consumers check whether a franchisee is a member of the British Franchise Association, which regulates franchises and ensures that they are run ethically. Obviously being a member of Which? Trusted Traders is another safety net.

Franchises and Which? Trusted Traders

Which? Trusted Traders has endorsed several franchise networks already, including Hometyre, Cloudy2Clear and GreenSleeves to name just a few. The endorsement process is similar to that for individual traders, except that each member of the franchise group (or franchisee) needs to be assessed, as well as the franchisor (the central team). Also, the whole group has to agree to join the scheme, rather than just one individual business.

Although the franchise joins the scheme centrally, it’s up to each franchisee to decide how they will use the endorsement. As with so many things in life, you tend to get out what you put in. Some franchisees are more enthusiastic than others – but it has certainly worked for Mark Watson, whose large number of reviews were part of his winning Which? Trusted trader of the month in August 2016.

If you’re part of a franchise business interested in joining Which? Trusted Traders, contact our franchises manager Sue Emery via email at sue.emery@which.co.uk, or call a member of the team on 020 3773 2403.