How is the cost of living crisis affecting our Trusted Traders?

With inflation at a 40-year high of 9%, and household budgets squeezed to the max, many are feeling the pinch right now, including businesses and sole traders.

Tax changes from April and the raw price of materials going up are just some of the increased costs hitting traders.

We’ve spoken to our Trusted Traders to find out how they are coping with the cost of living rises and where they have seen the biggest price increases.

What is the cost of living crisis?

The ‘cost of living crisis’ refers to the fall in ‘real’ disposable incomes, taking into account inflation, taxes and benefits.

It’s been caused by a number of factors, but one key driver is high inflation.

The Consumer Price Index (CPI) measure of inflation increased from 7% in March to 9% in April.

CPI tracks the cost of an imaginary shopping basket of around 700 popular goods and services.

What’s the impact on our traders?

We surveyed 65 of our Trusted Traders within the past four weeks to find out what was impacting them the most.

Eight in 10 said they would have to increase their prices as a result of the cost of living.

Here are some of the key areas our traders are having to spend more on:

Our survey found nine in 10 of our Trusted Traders had seen an increase in the cost of raw materials.

The average increase reported was around 20%, though some had experienced higher rises.

The Building Merchants Federation said the cost of steel, cement, glass and other energy-intensive products are expected to increase due to the energy crisis.

Sarup Ubhi, BMF Industry analyst/economist, added: ‘The increase in the price of raw materials in March 2022 was the highest in six months, which could further constrain the availability of certain products.

‘It is unlikely that manufacturers will be able to fully absorb these price increases. Therefore, cost increases are expected to be implemented at every level of the supply chain.’

Andy Wallis, proprietor at Redwood Electrical Services, based in Surrey, said government legislation, the pandemic and the war in Ukraine has created the ‘perfect storm’ and that cable prices had doubled since last year.

Liam Hulme, a director of Global Windows, based in Sheffield, added: ‘All materials have gone up. Aluminium, timber and glass especially. We’ve had four price increases in the last year alone totalling nearly 20-40% generally. Some items have gone up 60-80%.’

April’s inflation figure was driven by higher electricity and gas bills, according to the Office for National Statistics (ONS).

We’ve seen a record rise in global gas prices over the past six months, and wholesale prices have quadrupled, according to energy regulator Ofgem.

Business energy contracts do differ from the average household. For one, the contracts tend to be longer, lasting up to five years or more, although most will last between one and three years.

Businesses will often have a separate gas and electricity contract, and, unlike household contracts, there is no cooling-off period.

Around three quarters of our traders said they had seen an increase in their gas and electricity prices.

Greg Muir, managing director of EMS Lifts Ltd, based in Hertfordshire, said the utility costs of its stairlift showroom had more than doubled in the past year.

He said: ‘We’re always trying to ensure we are as energy efficient as possible, through LED lighting for example, but even the most energy efficient companies are feeling the rise in costs.’

It’s important to understand your type of contract to check you’re getting the best deal.

According to Ofgem, there are four different types of business contracts:

National Insurance contributions went up by 1.25 percentage points in April as the government looked to provide more funding for health and social care.

The National Living Wage (NLW) increased by 6.6% in April, as well as the National Minimum Wage (NMW) for employees aged 22 and under, following the advice of the Low Pay Commission.

Wage increases will not impact all of our Trusted Traders, as many are sole traders with no employees.

While some of the traders we spoke to said they had given their employees a pay rise to deal with cost of living rises, some had been forced to let staff go.

Simon Harrison, director of Pelliere Ltd, based in Nottingham, said: ‘We constantly monitor staff wages, and are aware that we need to try and help our staff with the increase in the cost of living, but at the same time we are aware of the impact of this for our customers. A difficult balancing act.’

Another trader said they had been pressured by staff for pay rises due to shortages of labour leading to a buoyant market for job seekers.

Stephen Bonnici, owner of Chiswick Computers, based in London, said: ‘We did quite well during Covid and the lockdowns, but since November business dropped off a cliff, which is odd because we repair computers and normally customers find that good value.

‘I think currently people are worried what is coming and are holding back.’ 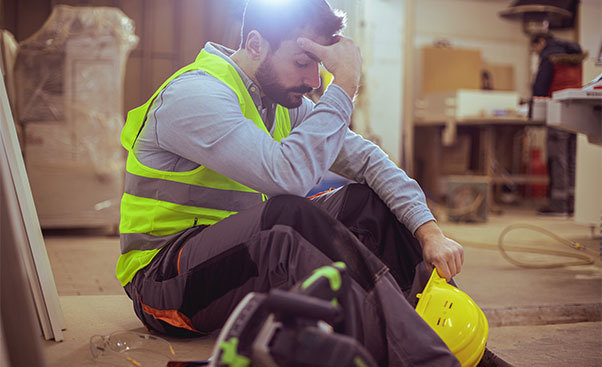 Kane Johnson, operations manager of The Rubbish Removers, Manchester, said: ‘Almost every aspect of our outgoings has raised quite significantly, forcing us to increase our prices put onto the customer.

‘This has then affected our workflow because it is becoming too expensive for a lot of people who are also struggling with money due to the living crisis.’

What could be done to ease the cost of living crisis?

Two thirds of our Which? Trusted Traders believe the government could do more to help businesses during the crisis.

The main suggestion put forward was to cut VAT for builders and to cap the cost of fuel.

VAT for most work on houses and flats by builders and similar trades like plumbers, plasterers and carpenters is charged at the standard rate of 20% – but there are some exceptions.

You may be able to charge the reduced rate of 5% for some types of work if it meets certain conditions including:

The Chancellor, Rishi Sunak, did announce a cut to fuel duty during the Spring Statement by 5p a litre.

In response, a spokesman for the Department of Business, Energy and Industrial Strategy said: ‘We recognise the pressures traders are facing with the cost of living. No government can control the global factors pushing up the cost of everyday essentials, but we will act wherever we can to mitigate rising costs.

‘We continue to support traders, including with our recently announced cuts to fuel duty – the largest cut across all fuel duty rates ever – and a tax cut worth up to £1,000 for around half a million small businesses.’

Call our Which? TT members helpline

If the cost of living is taking its toll on your mental health, use our Trusted Traders members helpline.

The wellness helpline is a confidential telephone counselling service. Which? Trusted Trader members can call to talk to a trained counsellor about any troubles.

Whether it’s worries about your business or other financial problems, health issues, a bereavement, addiction or any other personal matter, counsellors are available to listen.

The service is provided by ARAG and is free to use for all standard Which? Trusted Trader members and your immediate families.