Which? Trusted Traders and the Institute of Carpenters celebrate National Apprenticeship Week

This year, National Apprenticeship Week is taking place from 7 to 13 February.

Today marks the start of National Apprenticeship Week. In celebration of this of National Apprenticeship week, we spoke with Which? Trusted Trader and Institute of Carpenters member Matt, from London-based Morgan Thomas Construction Ltd, about his journey from apprentice to business owner and how important he thinks it is to hire and support young people entering the workplace.

What was  your journey from apprentice to business owner?

My journey started in 1986 when I was 17. I got an apprenticeship with a local authority on a recognised apprenticeship scheme, where I started in a joinery shop making box sash windows, doors and joinery. I did one day and one night a week at college, and it was during this time that I joined the Institute of Carpenters.

During my apprenticeship, I was given the opportunity to do extra examinations, which I did, and stayed on another year to do the Advanced City & Guilds. This completed all the carpentry examinations available to me at that time.

I left the industry for a year to work in the US, and on returning to the UK I was rehired by my previous employer. Within a year, I was made supervisor where I led a small team. The organisation was disbanded in 1992, so I joined a private contractor carrying out carpentry works during the day and undertaking emergency carpentry works at night

After two to three years I moved to another company and made my way up to a contracts manager, which led me into management dealing with contracts for schools and public buildings. In the late 1990s, when the company went into liquidation, I was left with the decision of which direction to go next.

I could either accept a job offer for a rival company or seize the opportunity to go it alone and start my own business with my brother – the latter was a daunting prospect, particularly as we both had very young families. Our children are called Morgan and Thomas, so we took the scary option and Morgan Thomas Construction Ltd was born.

When we began, we only had two vans and the tools, but through hard work we became busy quickly and needed to take on extra staff.Today, we have been going for 22 years and have established a great client base with 15 – 20 members of staff, a fleet of vans, an office and our own joinery workshop.

We’ve also started our sister company Fire Door London eight years ago, which is also very successful in its own rights. 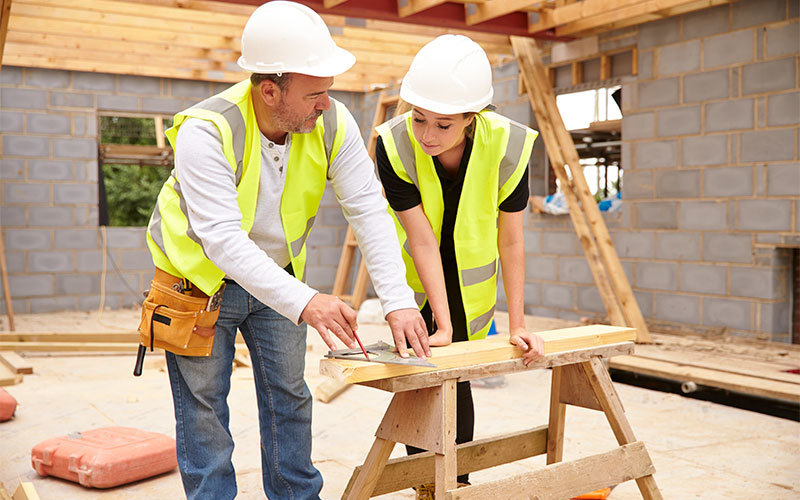 What were the reasons for you taking on an apprentice?

The demand for extra staff due to our workload and not being able to find the right guys with experience. I started out as an apprentice and therefore wanted to give someone else the opportunity I had while moulding them into the employee that we needed. We’ve taken on five successful apprentices over the 22 years we’ve been running and three of them now run their own businesses.

What do you look for when taking on a new team member?

The key thing we look for is someone’s passion and desire to be a carpenter – someone with a bit of fire in their belly. We look for good communication skills, solid timekeeping and reliability. We want someone who is going to turn up every day, enthusiastic to learn and take instructions, and with a keen eye for detail – especially regarding safety as it can be a dangerous industry.

What information did you first look for when taking on an apprentice? Where did you look? What was helpful?

What are the benefits of taking on an apprentice?

So many – mainly being able to see the potential in a person who you can then teach and adapt into the carpenter that you need. We do a vast range of work, so they get a broad range of learning and we can mould someone to become competent in all the areas that we require. Economically, it’s more cost effective for us, due to the funding available and lower wages for an apprentice. We get an employee who is affordable until fully qualified, and then we get a well-rounded, competent team member who knows our processes and the way we work. It’s a win/win situation. You get the employee that you need, which is invaluable, and they get a career and great experience.

Any advice for business owners when taking on an apprentice?

Business owners might not fully appreciate the benefits of taking on an apprentice until they do it. There is funding available from the government and the Building Crafts Colleges to train them. Call your local Building Crafts College to be put in contact with suitable apprentice candidates and the government agencies who provide the funding. On the other hand, someone may approach you to become an apprentice and then you can find a place for them at the local college. There is lots of funding available to help, which covers your costs for when they are training, and while at college. There’s so much to gain.

The pay structure is based on their age and goes up in increments as they pass the qualifications. There is some guidance available on what to pay an apprentice, but we’ve always paid above the recommended amount as I feel it’s an incentive and helps towards the travel costs involved.

What is the paperwork involved for hiring an apprentice? Are there lots of forms?

Like with anything, there is a fair amount of paperwork involved. There is a government portal to sign up to for funding and there are people who will help you with the process.

Any last comments or advice?

Give young people a chance. The industry is suffering from a lack of suitable employees and experienced workers are commanding high salaries. There are big benefits for your business and the industry by bringing in an apprentice – you won’t regret it. 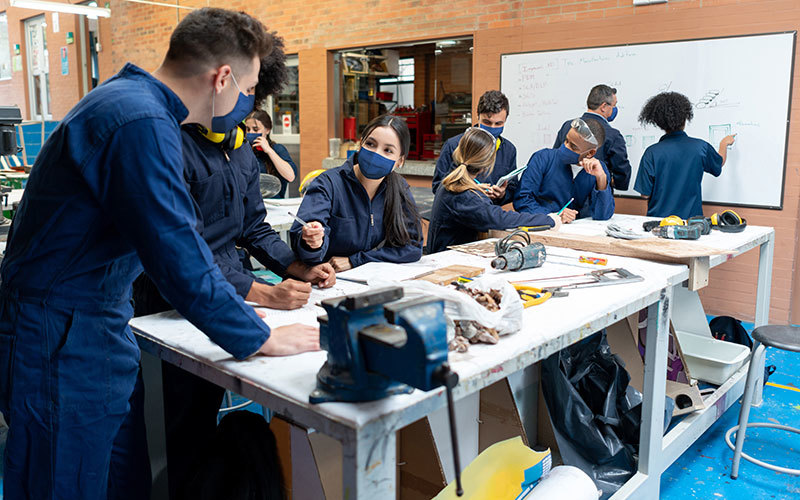 The Institute of Carpenters is a community of craftsmen and women working with wood, with a strong emphasis on welcoming and supporting all those embarking on a career in our exciting sector as we build on the massive opportunities of timber as a sustainable resource.  Like Which? Trusted Traders, all members are expected to meet a professional standard. As an apprentice, this gives you an opportunity to lay the groundwork at the start of your career in the construction industry. The Institute of Carpenters and Which? Trusted Traders work together to support those starting out in the profession.

At the forefront of the customer’s mind when looking for a potential craftsperson is confidence that the work will be carried out to a good standard in a professional manner. Customers are consumers that want an assurance or at least an indication that their work will meet their specifications. There is a symbiotic relationship between the Institute Of Carpenters and Which? – both are a force for good that insist on protecting and giving value to the consumer. Customers will see the value in the Institute Of Carpenters/Which? relationship and companies will benefit directly from that recognition. Taking up membership of both organisations at the start of your career enables you to put key steps in place to becoming the consummate professional.