Here at W5 Electrical Ltd we are dedicated to providing an honest, professional quality service

Our team of fully-qualified electricians are available for all electrical repairs, maintenance, fault-finding, full rewires and new electrical installations.

Our expert advice ensures that your electrical problems are solved quickly and thoroughly. Our specialists ensure that your home and office fittings offer maximum performance with optimum efficiency. 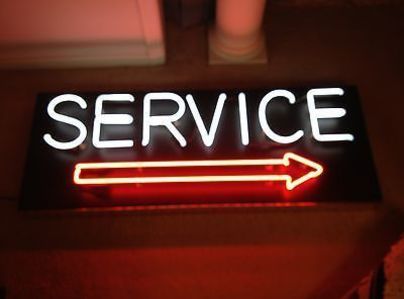 by 99% of customers
Sort by
W5 Electricians
Customer Service
Quality
Value
I'm not sure if the small nature of the job (fitting two dimmer switches) led to disinterest from the business, but I felt like my request was not taken seriously. The originally scheduled visit was changed at least once, which I did not object to at the time. Kieran and one other man turned up, and did not park their van legally. From this I surmise they did not intend to stay, and the other man stood by my living room window watching out for traffic wardens, which I did not like. When I have two new workmen in my home I like to keep them under surveillance, and the work was in the hallway. I was told that the dimmer switches could not be fitted because my electrics were not grounded. This is a new flat to me, and I have never dealt with home maintenance before, so this was new information. I said I would also want a new oven fitted, could he do it, he said "Possibly". I really thought there was something wrong with my flat, and was very embarrassed he could not do the work, I had wasted his time, so I insisted he take something for the advice. He suggested £30 and I gave it to him. I subsequently contacted another local company, from Which? Trusted Traders. They arrived and parked their van legally, they were in no rush to leave. They told me the electricity, though old, was grounded, they said it was in the conduit, and they could, and did, fit dimmer switches. Admittedly plastic ones, but Kieran had told me they just could not be fitted. This other company fitted the oven, put a new bathroom light switch in, and two new wall lights, all quietly and efficiently.
2010-07-28 17:29:35.767 Posted on 19/07/2015 , work completed 19/07/2015
It's a shame about this customers response , it's never nice receiving feedback like this On this particular occasion the customers electrics where not up to the current BS 17 th edition regulations with the electrical installation being 35 years plus , old As a registered Elecsa member and part of the Electrical Safety Register I have certain guidelines that I have to adhere to This is in the benefit of the safety of the homeowner as well as myself. So unfortunately sometimes I have to relay information to a customer and let them know that I am reluctant to carry out any works until certain electrical issues are addressed I understood that I had informed the customer about all her issues and left it open for her to get back to me with any future queries leaving on what I thought was a ' good note ' She chose otherwise and I question the notion that she used a Which ? registered electrician to carry out the works I had advised against
Absolutely excellent service
Customer Service
Quality
Value
Kieran and has team have now done two jobs for me. Their work is absolutely excellent and they are the nicest guys - hard working, polite and always on time. I cannot recommend them enough. Completely trusthworthy and extremely professional. I am chuffed to have finally found a top electrician. Number firmly saved on my phone for the next time I need one!
RosWilliams Posted on 18/06/2015 , work completed 18/06/2015
Recommended
Excellent Electrician
Customer Service
Quality
Value
Kieran has carried out work for me on several occasions over the last few years and it has always been done to the highest professional standard and at an extremely competitive price. Today he and his colleague, Nick, replaced and upgraded a set of garden lighting and fixed a problem with a security light. They attended promptly, gave advice on the system, worked neatly, completed the work efficiently and left the site clean and tidy. They were both helpful and courteous throughout. I would recommend W5 wholeheartedly.
SimonM Posted on 08/06/2015 , work completed 08/06/2015
Recommended
Excellent work as usual
Customer Service
Quality
Value
This is the third time I have used Kieran and his work was again done to an excellent standard. He was very helpful with various questions I had, and his assistant Nick also did well with some quite fiddly electrical jobs. I will always use this company and would highly recommend them.
Jackie L Posted on 05/06/2015 , work completed 05/06/2015
Recommended
Fixed
Customer Service
Quality
Value
Kieran came to the rescue by sorting out a botched job left by a previous electrician. He quickly diagnosed and resolved the problem. Highly recommended!
fergal Posted on 30/04/2015 , work completed 30/04/2015
Recommended
Prompt & professional
Customer Service
Quality
Value
I recommend him as he is very pleasant, polite, clean worker and most important, local!
Maria, London Posted on 12/03/2015 , work completed 12/03/2015
Recommended
Regular maintenance
Customer Service
Quality
Value
The team were very pleasant and efficient. Found the problem and fixed in one visit.
Ndallow Posted on 24/02/2015 , work completed 24/02/2015
Recommended
recommended
Customer Service
Quality
Value
prompt, efficient and pleasant and would certainly use again
2011-08-07 11:41:59.447 Posted on 20/02/2015 , work completed 20/02/2015
Recommended
Which? Local Review
Customer Service
Quality
Value
We needed an urgent 30A cooker switch fitted with an awkward route for the cable back to the fuse board. Kieran and his apprentice Phillip worked quickly, cleanly and gave good advice. They were professional, courteous and reasonable in their charges. We would be happy to recommend their high-standard of electrical services and happy to use them in the future.
Fayaz Posted on 20/12/2014 , work completed 20/12/2014
Recommended
Hghly recommended
Customer Service
Quality
Value
We only had a small job that needed doing, Kieran advised on the best course of action, came on time, kept us informed, did an excellent job, and was very polite and friendly.
Which? Trusted Traders Consumer Posted on 01/12/2014 , work completed 01/12/2014
Recommended
Which? Trusted Traders