We launched A & R Design as a small, local, family business back in 1996, building on the experience we both already had in design and decoration, to offer a high quality service to our clients, encompassing all aspects of property refurbishment and renovation – see what we do.

This original ethos remains at the heart of our business, and we have built on these firm foundations and have gone from strength to strength, by offering only the highest quality service and craftsmanship to all our customers.

We are now a well-established firm, with over 40 years’ combined experience in all aspects of the trade, and we work with a hand-picked team of 30 trusted and fully accredited professionals, each with specialist expertise.

We believe that word of mouth is the best advertising a business can get and the very fact that over 85% of our custom comes from referrals proves to us that we are doing our job right. We have an excellent success rate for finishing our work to the highest standard within budget. 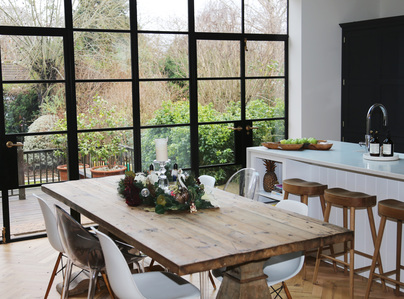