We were established in 2002 and have built a strong reputation in Taunton and the surrounding area. A large part of our success is due to the fact we are a family business.

Every time we carry out any work for our customers we are not just installing uPVC windows, doors and conservatory's etc, we are putting our name and reputation on the line, therefore we always ensure everything is to the highest possible standard and quality.

We are members of the The Glass & Glazing Federation (GGFi) and Fensa, which ensure you get your guarantees. We are part of the (IBG) Scheme which is your Insurance Backed Guarantee, which is now compulsory on all glazing installations. We offer a 10year guarantee with all our work.

Our fitters are all qualified to the standard of The FENSA MTC Card (Minimum Technical Competency).

We are also an approved member of the Buy With Confidence Scheme, which is part of Trading Standards. 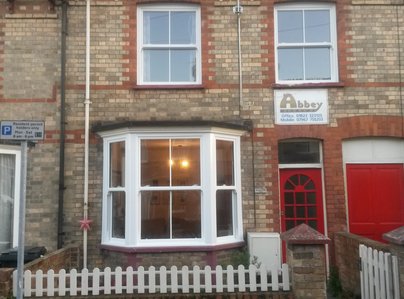 by 100% of customers
Sort by
Which? Local Review
Customer Service
Quality
Value
Fast, efficient and top quality workmanship at an unbeatable price. We asked Abbey (and a number of other well-known companies) for a quote to replace all our windows and external doors. Kev the owner came round exactly at the appointed time, we discussed our requirements and he measured up straightaway. He pointed out that the French doors we wanted to replace for the existing patio doors would be problematical due to the fact that the patio doors were fitted half way in the external wall. This would mean that the new doors would not open fully if fitted the same way. For the same quote as the 21 replacement units, Abbey not only moved the new doors further forward to allow them to open fully, they reworked the window sill in one of the bedrooms as this had been fitted slightly above the base of the window, fitted ñeasy cleanî hinges in all the upstairs windows and went the extra mile by replacing the old doorbell push button with a brand new one! Extremely polite and worked non-stop until completion. Totally delighted with the end result. Abbey should be the benchmark for double-glazing. CanÍt recommend enough. Thanks again guys!!
Andy_jk Posted on 09/12/2011 , work completed 09/12/2011
Recommended
Which? Local Review
Customer Service
Quality
Value
Asked for a quote-very competitive. Promised to be done by end of feb.-Done cannot fault workmanship or materials, site left clean & tidy.
Which? Trusted Traders Consumer Posted on 07/05/2010 , work completed 07/05/2010
Recommended
Which? Trusted Traders