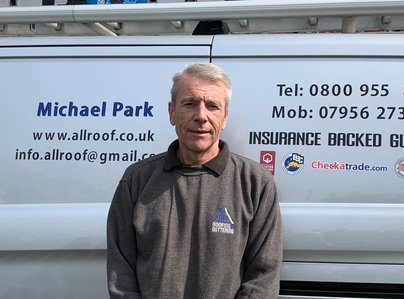 by 100% of customers
Sort by
Reliable, reassuring, efficient
Customer Service
Quality
Value
I had an issue with my front guttering and it was clear that replacement rather than repair was needed. I was inspired to use this company by Michael's assessment when he came down, pointing out as he did some issues that had not been mentioned by others, but were clearly evident, once pointed out and also the company's certification that their work met good roofing standards. On the day, the three gentlemen who came down, worked cleanly and efficiently and took time to show the end result and also an issue with one of the old brackets that had been removed. They left everything clean and tidy. Satisified and I would recommend to others.
Customer in Greater London Posted on 26/11/2021 , work completed 26/11/2021
Recommended
Reliable and efficient
Customer Service
Quality
Value
I had some work done to prevent rainwater overspill in a narrow gutter. The problem was diagnosed and repaired two weeks later.
(your username) Posted on 18/11/2021 , work completed 18/11/2021
Recommended
Excellent Job!
Customer Service
Quality
Value
Michael and his team did an excellent job and pulled out all the stops to finish ahead of schedule without compromising on the quality of the workmanship. The team were a pleasure to have around - friendly, polite and professional. We were really pleased with the standard of work and would definitely use this company again.
Tina in Greater London Posted on 14/11/2021 , work completed 12/11/2021
Recommended
Thank you Tina for your Review Many Thanks Sallie Denning. Office Manager.
Replacing leaky porch guttering
Customer Service
Quality
Value
Our porch guttering was leaking, so I contacted All Roofing & Guttering. Michael Park responded immediately & arranged a time to come round & give us a quote. The guttering was old & needed replacing & the original rainwater pipe was angled incorrectly & was not flowing away as effectively as it should. Michael’s quote was reasonable & as this was a small job his team were able to fit us in within a couple of days to carry out the work. The team arrived promptly & worked quickly & efficiently & spent time making sure the guttering was angled correctly on a particularly tricky corner. It was clear that it was important to them that they did a good job & that we were happy with the results. Really pleased with the work, the gutter no longer leaks & the water flows away perfectly.
Customer in Essex Posted on 21/10/2021 , work completed 13/10/2021
Recommended
New flashing to flat roof extension.
Customer Service
Quality
Value
All Roofing was recommended by a neighbour. We had a problem with existing flashing on our flat roof kitchen extension, which was leaking. Michael surveyed the roof on a Monday and the work was completed by Wednesday afternoon. All the guys were very polite and cleared away all detritus after finishing the new lead flashing. We await the worst efforts of this beautiful English summer, which I'm sure won't be long in arriving.
Customer in Essex Posted on 22/08/2021 , work completed 11/08/2021
Recommended
Replacement of damaged guttering
Customer Service
Quality
Value
Michael and his team provided a highly professional, friendly and reliable service from start to finish. The work has yet to be tested (by the weather) but we've no reason to doubt the quality given the expertise of the team in discussing the problem and solution. Highly recommended and our first choice for any future roofing requirements.
Customer in Greater London Posted on 15/08/2021 , work completed 11/08/2021
Recommended
Recovering flat roof
Customer Service
Quality
Value
The job was to replace the felt covering on the flat roof of our loft extension. I contacted Michael and was pleased that he suggested fitting new insulation boards (which we then lacked) and installing a new high-performance roof waterproofing membrane. Michael and his team were polite, professional and hard-working. They clearly set themselves high standards and do their best to ensure the work looks good and meets customer requirements. We are delighted with the completed work, which included some unforeseen additional items needed that Michael carried out within the original price. The new roof is such an improvement on our original one and we have every confidence it will see us out!
David in Greater London Posted on 20/06/2021 , work completed 01/06/2021
Recommended
Work done to a high standard, workmen polite & considerate.
Customer Service
Quality
Value
We have used the firm before and this time they completely renewed our flat roof, we were kept informed of the work to be carried out at all times and everything was explained to us. The men were polite and considerate, were very tidy and there was no bad language.
Customer in Greater London Posted on 16/05/2021 , work completed 13/05/2021
Recommended
Fantastic service, highly recommend.
Customer Service
Quality
Value
Mick and Tom arrived on time and fixed a gap in my roofing tiles and also secured some eaves tiles on my loft room which had been making a terrible banging noise anytime there was wind. Great price and also cleaned up after themselves and left no mess whatsoever. Would definitely use again and highly recommend them.
Jake in Essex Posted on 16/02/2021 , work completed 08/02/2021
Recommended
Hi Jake, many thanks for leaving us a very positive review Sallie Denning, Office Manager. All Roofing & Guttering
Fascia's, Guttering and Rainwater pipes and leadwork across roof of front low level extension
Customer Service
Quality
Value
Michael and his team were all very courteous and very hardworking, they worked right through from 08:00am to 04:30pm each day without stopping for lunch, content with just cups of tea to keep them refreshed. They did a good job of tidying each day and on completion of the work. They also responded by correcting without any fuss a couple of bits of the work that I wasn't 100% happy with. I would not hesitate to use Michael and his team again.
Customer in Essex Posted on 01/11/2020 , work completed 19/10/2020
Recommended
Many thanks for taking the time to leave us a review Sallie Denning, Office Manager. All Roofing & Guttering
Which? Trusted Traders