We are a long established independent family-run business with over 30 years experience and have firmly gained a reputation for quality customer service and value for money. We operate nationwide throughout the UK to supply quality ne, reconditioned or rental stairlifts for straight or curved staircases.

Being an independent supplier of stairlifts, we are able to advise you on the best solution for your particular staircase and your own specific requirements. We pride ourselves on taking the time to understand the needs of our customers, and on providing useful, professional and friendly advice to help you make your final decision on the right solution for you.

Whatever the layout of your home, we have the answer. Whether you need a straight track or a made to measure curved stairlifts, we have the solution.

We offer a wide range of stairlifts which you are able to rent or buy. This is often a personal decision, based upon your financial situation and the length of time you wish to use it. 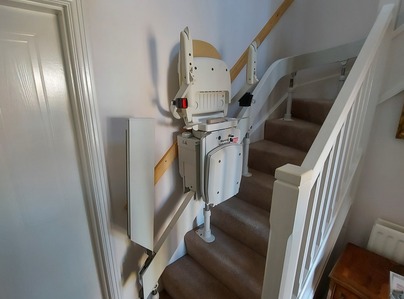