We are proud of our hard earned reputation, and will not jeopardise our good name by making misleading, or aspirational claims that we cannot meet. For this reason we outline in this section the type of work we are prepared to undertake. If your own project type is not shown on our website, please either give us a call so that we may discuss your specific requirements in more detail.

The best Gardens and Driveways invariably strike a happy balance between paving, walling and planting. Time spent carefully considering paving will not only provide an attractive area to sit out and enjoy but help to show off the rest of your garden and drive to the best advantage. Gone are the days when you were limited to grey, square concrete flagstones. We are more than happy to offer our 25 years of knowledge and experience when it comes to blending or contrasting paving with house and garden styles, simply ask us at the time of your free quotation. 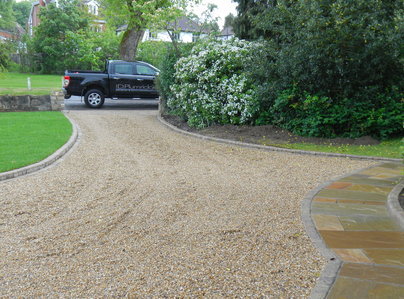