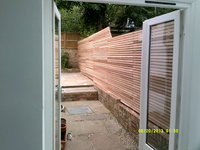 Andrew and Nikki started the business 15 years ago. We have grown steadily over the years and now have 3 teams we have never been so proud of. We like to invest in our staff and offer in house training furthering their skills. We are also part of an apprenticeship scheme, taking young people and giving them the skills to start their careers.

We employ specialists that have their skills in one of our departments, Fencing, Landscaping, and Decking

Contact us today for a free no obligation quotation 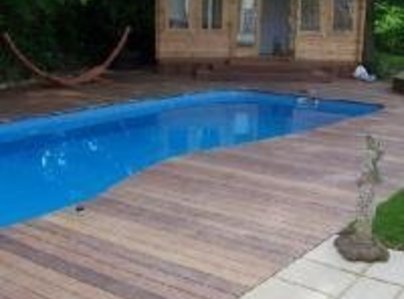 by 100% of customers
Sort by
Excellent, highly recommended
Customer Service
Quality
Value
Andrew gave us a very reasonable quote for the work we needed done, taking into account what we had discussed and the sort of thing we wanted. The work itself has been done to a high standard - we are very pleased with the fence and the garden was left in very good order. Would definitely recommend this company!
Christina Posted on 09/07/2016 , work completed 09/07/2016
Recommended
Excellent work, efficiently done
Customer Service
Quality
Value
Andrew was very helpful when discussing what we needed, giving valuable advice on how to get rid of ivy and discussing different fencing options. Communication was very good. His team were friendly and worked very well, to a high standard, giving us fencing with which we were very pleased indeed. The garden was also left tidy, with all the rubbish taken away,
1348966 Posted on 02/05/2016 , work completed 02/05/2016
Recommended
New fence
Customer Service
Quality
Value
Andrew was very helpful in suggesting what would be best in a difficult situation and the team were hard-working and professional. All the old fence was removed and the site left exactly as you would want.
2010-03-19 17:20:15.427 Posted on 29/04/2016 , work completed 29/04/2016
Recommended
Replaced end of garden fence.
Customer Service
Quality
Value
Andrew came on Saturday as arranged and assessed the job. He was very pleasant and talked us through our options in an efficient and knowledgeable way. The following Friday, but one, Niall & John turned up on time and carried out the work. They were easy to get on with and addressed any queries we had in a friendly manner. They worked hard and effectively. There were problems with an existing concrete post which they had to excavate and a serious build up of roots from the large and long established trees beside the site. They overcame these issues with hard graft and professional know how and still managed to finish on the day. They were careful moving the new gear in and the old remains out which was significant as our flat is in a terrace and all the traffic was through our living area. They tidied up to a high standard. We are very happy with the new fence and all in all our experience with Edge Fencing was a very positive one.
2011-08-08 15:09:41.457 Posted on 05/04/2016 , work completed 05/04/2016
Recommended
Quality fence installation
Customer Service
Quality
Value
Andrew and the team at Edge installed our fence swiftly and to a very high standard. I would recommend them accordingly.
Andrew Toye Posted on 31/01/2016 , work completed 31/01/2016
Recommended
New fence and trellis work
Customer Service
Quality
Value
New fence and trellis work. “Edge guys arrived early. They worked cleanly, efficiently. Also very polite and pleasant to deal with. We are very pleased with the result.”
Josh Sher Posted on 30/06/2015 , work completed 30/06/2015
Recommended
Great Service, recommended installer.
Customer Service
Quality
Value
i needed to replace 21 fence panels in to old concrete posts. Not all the panels were standard size and I wanted to incorporate new concrete gravels boards. The installation team, three guys, arrived as scheduled and removed the old panels clearing the ivy that had attached itself from my neighbours garden and clearing the site. Some of the standard size panels and gravel boards were installed and the 'odd' sizes were cut as required. As some of the old posts were not vertical so they packed the new panels to ensure that they were held securely. All the waste materials, old panels etc. were removed and the site left clean. The guys worked hard and efficiently whilst here and I'd have no hesitation in recommending the company.
ErnieB Posted on 11/06/2015 , work completed 11/06/2015
Recommended
New fence - great guys
Customer Service
Quality
Value
I needed a new concrete post and wooden fence installed after my old one got damaged. These guys gave a great quote, arrived on time, were very tidy and cleaned up at the end. The fence looks great, they did a excellent job. Would definitely hire them again if needed.
martinwhiting Posted on 01/05/2015 , work completed 01/05/2015
Recommended
Edge Fencing
Customer Service
Quality
Value
We needed a new fence on two sides of our garden and the back fence to be repaired. The quote given was clear and competitive in pricing. Andrew spent quite a long time with us discussing our needs. The job turned out to be quite large in the end as we had a lot of dead and overgrown bushes that needed removing. The who job took three days and Edge put quite a large team of people together to complete the job within the timescale. We were very impressed by the end product. The fence is strong and looks good. The team were professional and were always courteous. We are happy to recommend Edge to others.
Natalie Posted on 30/03/2015 , work completed 30/03/2015
Recommended
FeatherEdge Fence
Customer Service
Quality
Value
We needed to replace our old back garden fence, heavily covered in ivy, 16m long with a featherdge fence, 3m arris rails between concrete posts and concrete gravel boards. Andrew Thomson of Edge Fencing attended site on time, was polite and helped me decide on what type of fence we should go for. We were able to settle on a suitable start date and the Edge team of three turned and quietly got on with the task, they did not ask for cups of tea or even want use of our toilet, so no mess brought into the house! They cleared the substantial amount of ivy,old fence and installed the gate post in one day. There were also ivy covered sheds to be moved which they did as agreed.The new fence was completed as predicted by midday on the third day and looked great. A couple of hours later Daniella from Edge Fencing turned up with a colleague to clear the residual waste from the back and front gardens. Very pleased with Edge Fencing and would recommend.
Mike1989 Posted on 21/02/2015 , work completed 21/02/2015
Recommended
Which? Trusted Traders