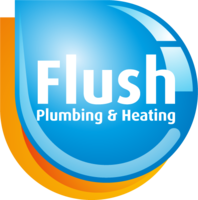 Flush Plumbing and Heating Services are a trusted and professional company dedicated to the highest standards in every aspect of performance, with over 17 years experience in the trade. We're gas safe registered and specialise in boiler installs, repair, servicing, central heating works and general plumbing.

There's a great deal of care and respect which is directed towards each and every job, we are very conscientious when working in your property and it will be well-protected whilst work is carried out.

We guarantee friendly, clean and tidy service. Our office staff will make sure you're aware of our charges before you commit to an appointment. Our diaries are managed digitally so you will be emailed a time slot which has been allocated to your job.
Payment is not necessary until completion where an invocie will be emailed to you. Payments can be made by debit, credit, American Express cards and Paypal.
You can contact us during operating hours by either phone, text, Whatsapp or E-mail. 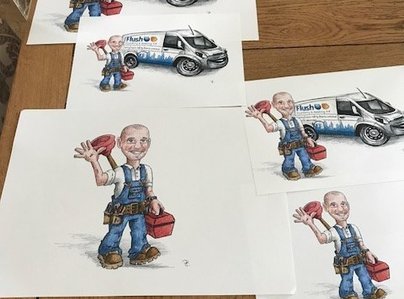 by 100% of customers
Sort by
Will use Again
Customer Service
Quality
Value
Came on time, fixed problem other plumbers said wasn't possible without replacing boiler. I found Adam on time, polite, friendly and trustworthy. Boiler fixed, clean and tidy. Will use again.
Edward, London Posted on 19/01/2018 , work completed 19/01/2018
Recommended
Adam was excellent, reliable, fast and flexible!
Customer Service
Quality
Value
After a terrible experience with a dodgy plumber, I was delighted to find someone who a) did not try to overcharge me as a first time buyer and was realistic about the level of service needed to my heating system and b) was really helpful about approaches I can use to monitor and maintain the health of my heating system. I really appreciated the fixed price, and the fact he was very fast at fixing my tap and boiler. I would unhesitatingly recommend him to others, and have!
Heleana Quartey Posted on 18/12/2017 , work completed 18/12/2017
Recommended
Professional & down-to-earth -- great bathroom renovation!
Customer Service
Quality
Value
Adam renovated our bathroom and serviced our boiler last week. He was professional but also down-to-earth and with honest prices . He left the flat in a good state each evening (putting his tools out of the way and re-connecting the toilet) and we were delighted with the end result! We'd happily use his services in the future, and would highly recommend to a friend.
keolaura Posted on 17/12/2017 , work completed 17/12/2017
Recommended
Excellent work at a reasonable price
Customer Service
Quality
Value
Adam located and removed a blockage in the discharge pipe from our washing machine (not an easy job because the pipe was difficult to locate). He had to cut a hole in the wall to trace the pipe, but he repaired it so neatly that I can hardly tell that there was ever a hole! On discovering that previous plumbers had used the wrong type of pipe connection, which was likely to lead to future blockages, Adam advised me that it would be very difficult to change the connection, because of its location. However, he performed a bit of 'surgery' on the existing connection, to remove some of the existing plastic, so hopefully we won't have the same problem again. I would highly recommend Adam - he was punctual, communicative, helpful and very tidy in his work. His prices are very reasonable and the work is worth every penny.
Patricia B Posted on 19/11/2017 , work completed 19/11/2017
Recommended
Trustworthy and professional
Customer Service
Quality
Value
I had my boiler isolated by Pimlico Plumbers because of a possible gas leak and I was advised to at least change the flue but they recommended changing the boiler. Their prices were astronomical so I contacted Adam Burton. Adam provided me with very reasonable quotations for different possible options. He visited me on the 27th September.2017, by then I had been 13 days without hot water and heating. He checked the boiler, carried out tests and called the boiler company engineers. There was no gas leak and my boiler was serviced. Adam made me felt at ease, he never tried to sell me other services or products. He was genuinely interested in finding out where the problem was to repair it instead of convincing me to change it all. He showed me to be a man who is trustworthy and of high integrity. Adam was extremely courteous, he worried about dirtying my beige carpet and he left it all clean and tidy. Moreover, he charged me less than originally agreed as he had expected more work to be needed. I highly recommend him for his professionalism and integrity. I now know who I will be calling for if I need any plumbing work at home or if I have to change my boiler. Big thanks Adam!
M Balbas Brigido Posted on 28/09/2017 , work completed 28/09/2017
Recommended
Best Gas engineer in london
Customer Service
Quality
Value
Change of Boiler and upgrade central heating system. Adam was absolutely brilliant he really put my wife and I's mind at ease having had cowboy/unreliable tradesmen in the past. Work was done to a high standard,was very clean and the quoted price was the price. (something we haven't had before!) Would highly recommend to anyone else. Thank you Adam!
Dennis L Posted on 03/05/2017 , work completed 03/05/2017
Recommended
Excellent!
Customer Service
Quality
Value
Full bathroom rip out and re-fit. From start to finish, Flush were high class and high quality.
Which? Trusted Traders Consumer Posted on 01/01/2017 , work completed 01/01/2017
Recommended
Adam is Ace
Customer Service
Quality
Value
Can't recommend Flush Plumbing & Heating enough. I had a recent boiler nightmare and the service I received was speedy and seamless. Adam is ace, very trustworthy and reliable.
Which? Trusted Traders Consumer Posted on 30/06/2016 , work completed 30/06/2016
Recommended
Only great things to say
Customer Service
Quality
Value
They refitted my kitchen and bathroom when we first moved into our house 2 years ago. I would like to recommend Flush - they have down a few jobs for me and have recommended them to friends - all have only great things to say!
Which? Trusted Traders Consumer Posted on 29/06/2015 , work completed 29/06/2015
Recommended
Which? Trusted Traders