Headway offers a refreshingly unpressured and knowledgeable approach to choosing windows, doors and conservatories. With over 40 years experience we are a local Whitstable based family run business, offering you a relaxed and friendly service with exceptional value.

Choose from our extensive range and enjoy the highest quality products as well as professional design and installation. Whether you prefer Wood, PVCu or Aluminium, Natural Timber, traditional White or coloured paint finishes, we can accommodate all your own design ideas because a window is not just a window.

We believe the highest quality products and service are at the heart of everything we do and we are very passionate about our products and customer service and take pride in every installation carried out by our qualified installers.

You will receive sound advise and array of products to choose from to suit your home and with an in house design & planning department you will be rest assured your installation will be built to last. 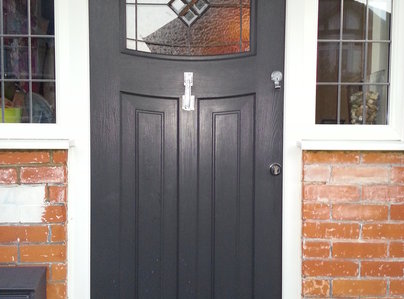 by 96% of customers
Sort by
Excellent service.
Customer Service
Quality
Value
New doors and window fitted to utility room. Very professional from discussing and advising on best options through to completion of work.
Customer in Kent Posted on 10/02/2022 , work completed 10/02/2022
Recommended
External shiplap door
Customer Service
Quality
Value
Headway were able to supply and fit a non-standard size external door. No glass was required in the door and a shiplap finish was agreed as the door provides access to under house storage. The time from ordering to installation was around 5 weeks with Christmas and New Year in that period. Chris the installer was courteous and professional.
Customer in Kent Posted on 21/01/2022 , work completed 21/01/2022
Recommended
Two replacement windows
Customer Service
Quality
Value
We required two replacements windows and contacted several local companies, Only four of these were willing to give a quote over the phone. Headway had one of the best quotes so we asked them to come out and confirm. They came to see us and explained very clearly what we would get and the price all with no pressure. We ordered and the turn round was very quick. The fitter arrived as arranged and fitted with no fuss and no mess he even sorted out a problem with our front door while he was here. Would recommend every time.
Ian in Kent Posted on 17/12/2021 , work completed 15/12/2021
Recommended
Unresolved entry of water during wet and windy weather under poorly installed UPVC French doors.
Customer Service
Quality
Value
We chose a low threshold, inward-opening set of French doors due to safety concerns in order to reduce trip hazards and the threat of wind gusts. In full knowledge of the westerly-facing elevation of the site, Headway at no time suggested this particular product was unsuitable and would perform badly. If they claim otherwise, they are merely trying to pass the responsibility onto us. Multiple, unsuccessful visits have been undertaken by Headway to rectify this unfit product. An attempt at draining accumulated water from the threshold frame—drilling a few holes in the linear sump—was never checked for effectiveness. Measures such as the addition of an effective drip bar have not been attempted. Headway Doors and Windows have never responded to my formal letter of complaint. During recent episodes of rain and wind, water continues to enter. This company is fine if the job goes well. However, if issues arise that are difficult to remedy, they become invisible, leaving these problems unresolved. Do not employ this contractor.
Customer in Kent Posted on 21/11/2020 , work completed 13/08/2019
We are sorry & disappointed to hear of your dissatisfaction after an installation you were very happy with & note your comment that we disappeared after installation but can confirm & as stated by yourself in your review we have returned on several occasions when contacted by you about a very minimal water ingress issue which only occurs with extreme weather in a certain direction. Unfortunately low disabled thresholds are not weather rated & our representatives as standard do inform all clients at point of sale of this if a client requests this option. We have returned several times to try to assist by adding further drainage & drip bars but unfortunately as stated these thresholds do not hold a weather rating & having a low step was important to your order with us. Please accept our sincere apologies for this product design.
Great conservatory build
Customer Service
Quality
Value
This company agreed to build our bespoke conservatory. There was constant communication from start to finish, even when there was a long delay between the building of the foundation to the erecting of the UPVC double glazing due to the COVID-19 pandemic. The work done was very professional and we had chosen the company as a result of numerous works seen through friends and family. During the delay we kept in contact with the company who advised us as to the state of play in relation to the delay. The workmen were very polite and completed their work satisfactorily.
Customer in Kent Posted on 11/09/2020 , work completed 10/09/2020
Recommended
Excellent service.
Customer Service
Quality
Value
We had arranged to have new bi-fold doors and a new kitchen window fitted before the Covid lock-down was imposed, but the work was done as soon as the lock-down was modified. We had actually used Headway a couple of years before, when we had three sets of new windows installed in the house that we had just bought (they were recommended by the previous owners). Anyway, on both occasions we were very well advised by Headway, the standard of the work and the quality of the materials were excellent, the service very friendly and the price very reasonable. When a particularly high wind discovered a very small gap in one of the window frames, Headway fixed it immediately. I would recommend them without hesitation.
Julian Posted on 18/06/2020 , work completed 12/06/2020
Recommended
Installation completed ok.
Customer Service
Quality
Value
Installation of one window and patio doors was completed satisfactorily. After care has been good.
Barry, Kent Posted on 03/03/2020 , work completed 03/03/2020
Recommended
Would not hesitate to recommend.
Customer Service
Quality
Value
New composite door and side panel fitted. Completed from initial sales visit to installation in under four weeks. I obtained 3 quotes and Headway came out in the middle but went with them as their sales pitch was chilled and genuine, as opposed to the nonsense given by the other companies. Right choice , as everything ran smoothly. Installers arrived on time, did a great job and tidied up. Would not hesitate to recommend.
Sue, Kent Posted on 11/02/2020 , work completed 11/02/2020
Recommended
Very professional installation
Customer Service
Quality
Value
From initial contact to job completion, everything was done to a high professional standard. The fitters on site were great. They seemed to work non-stop. Highly recommended company.
Customer in Kent Posted on 01/02/2020 , work completed 21/01/2020
Recommended
Professional fitter.
Customer Service
Quality
Value
Professional fitter clean and tidy worker. Returned next day to make small adjustment - no quibble.
Ruth, Kent Posted on 17/01/2020 , work completed 17/01/2020
Recommended
Which? Trusted Traders