JR roofing Lancs Limited is a family-run roofing contractor based in Blackpool, Lancashire. We pride ourselves on our excellent customer service and guarantee the highest standard of work.

We are members of the NFRC and CORC trade associations. As a NFRC Competent Person Scheme registered contractor we are able to self-certify that our work meets current British Standards and Building Regulations.

We undertake all roofing services with products to suit different needs and budgets. Our skilled team has excellent attention to detail to ensure the highest finish on all our roofs. We are fully insured and provide 10 Year insurance-backed guarantees for your peace of mind.

For more information on our team and roofing services, see our website at www.jrroofinglancs.co.uk.

To arrange a free survey and quotation, the best way to contact us is by using the contact form on our website or if it is something urgent, by phone on 07889215193. 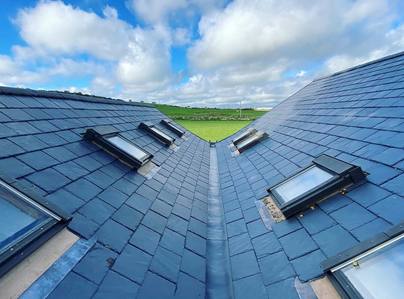