HI MY NAME IS KEVIN AND I AM A FULLY QUALIFIED WITH 15 YEARS EXPERIENCE OF DOMESTIC AND COMMERCIAL ELECTRICS. I OPERATE MAINLY WITHIN HEMEL, WATFORD, ST ALBANS, HARPENDEN, RICKMANSWORTH AND SURROUNDING AREAS.

I AM PROUD TO HAVE AN AVERAGE RATING OF 5.0 AND FEEL I OFFER A RELIABLE, HIGH QUALITY AND HONEST SERVICE. MY COMMITMENT TO YOU AS A POTENTIAL CUSTOMER IS:

AN HONEST AND COMPETITIVE SERVICE

I WILL TREAT YOUR HOME WITH RESPECT, BE CLEAN, NEAT AND TIDY AT ALL TIMES

I AM ALSO A MEMBER OF CHECKATRADE.COM AND AM PROUD TO HAVE OVER 150 REVIEWS WITH AN AVERAGE RATING OF 9.88. CHECK MY PROFILE OUT http://www.checkatrade.com/KWElectricalServices/ 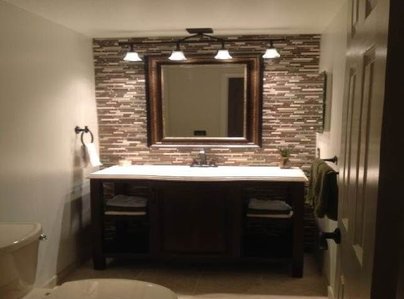