MK DART is your first point of call for all Domestic Appliance Repair needs in Milton Keynes. Whether you have a faulty Washing Machine, an Oven that won’t heat or a broken Tumble Dryer, MK DART are here to solve the problem. Whichever Domestic Appliance you are having trouble with the professionals at MK DART will be able to fix it.

Based in Newport Pagnell, our highly qualified team can easily attend all service calls within the Milton Keynes area. We are on hand from 9am-9pm 7 days a week and will always strive to get to you within 48 hours of your enquiry. We have the tools and the expertise to repair your oven, washing machine, tumble dryer and every other staple household appliance quickly and efficiently to ensure you never get caught out again. 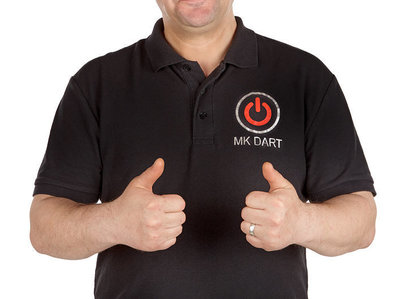 by 100% of customers
Sort by
Excellent service
Customer Service
Quality
Value
I can't fault the service I received. I left a message on the answerphone and received a call back within the hour. The engineer called at the appointed time, was polite, professional and thorough. He ordered a part and came back 2 days later to replace it. He also charged me exactly the same as another company charged a friend for a short call out, despite spending a couple of hours in total repairing my machine. I would definitely recommend using this company
Emmajb Posted on 08/08/2017 , work completed 08/08/2017
Recommended
Recommended
Customer Service
Quality
Value
Faulty tumble drier - Steve arrived the next day, gave it a full service and replaced the thermostat. Good work at a reasonable price
Which? Trusted Traders Consumer Posted on 17/01/2017 , work completed 17/01/2017
Recommended
Professional, friendly and highly recommended
Customer Service
Quality
Value
Just a few days before Xmas our Oven kept tripping out our electrics. We called Steve and he got out to us the very next day. After checking the oven it was clear that there were numerous problems and a new oven would be a cheaper option than trying to repair the old one. Whilst shopping for our oven we called Steve a number of times for advice which he was happy to give and once the oven was purchased he came out the very same day to fit it so we were up and running for Xmas. Throughout the whole process Steve was friendly, professional and willing to go the extra mile. All communication was prompt and I will happily use him again for any future appliance problems we have.
Which? Trusted Traders Consumer Posted on 20/12/2016 , work completed 20/12/2016
Recommended
Fridge
Customer Service
Quality
Value
Our integrated fridge freezer down in the run up to Christmas and Steve was with us the same evening and rather than 'it needs replaced' let's try some Options before we go down that route! Steve provided us with all the information for us to make a decision as to what we should do. We ordered the new fridge freezer as we couldn't risk delaying the process as we had a house full of guests due to arrive! This was fitted as soon as it was delivered and was fitted out of office hours to accommodate us as the customer! Highly recommended & great service
Which? Trusted Traders Consumer Posted on 10/12/2016 , work completed 10/12/2016
Recommended
Which? Trusted Traders